At least one embassy has been listening... 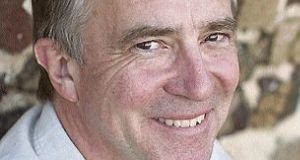 It was one thing for Danny Ayalon, Israel's deputy foreign minister, to instruct Israeli embassies and delegations all over the world to raise the issue of Jewish refugees from Arab countries - quite another for Israeli embassies to respond to the call. So kol hakavod to the Deputy ambassador of Israel in Dublin, for writing this response to a one-sided review in the Irish Examiner:

It is good to see that John McCarthy, who survived five years of brutal captivity in Lebanon at the hands of Islamic terrorists, has not been deterred from returning to the Middle East to expand his knowledge and understanding of that troubled region.
However, in the feature on his book ‘You Can’t Hide the Sun’ by Jo Kerrigan yesterday, Mr McCarthy seems to take a one-sided approach to the Israeli-Palestinian conflict, a viewpoint accentuated by some appalling commentary by Ms. Kerrigan.

There is a chronic lack of historical context.
The use of the term ‘Palestinian’ is ahistoric. Before 1948, all of what is now Israel, Gaza and the West Bank was called ‘Palestine’; there was never a historical Palestinian nation, it was merely a geographical term for an area that included Jews, Muslims and Christians alike.

Alas, the term ‘Palestinian’ has been hijacked since the 1960s by the Arabs and their propagandists in the West.

Also, the article says nothing about what Israelis as a newly free people in 1948, and Jews throughout the Middle East at the time, suffered at the hands of the far more powerful Arab world. 900,000 Jews were ethnically cleansed from the Middle East and dumped into Israel, expunging Jewish civilisation in the region going back thousands of years.

Israel, a tiny country the size of Leinster, for decades faced the threat of imminent annihilation at the hands of the Arab world, and it continues to face terrorism and demonisation from the Arab and Muslim world up to the present day.

Mr McCarthy seems oblivious to the fact that Israel is the only democracy in the Middle East, with freedom of speech and the rule of law.

He speaks of the growth of racist attitudes amongst Israelis. Alas, however, he seems to ignore the rampant anti-semitism in the Arab world and Iran today which is inculcated into children and adults alike by ceaseless propaganda, media and education. The Middle East is the only region in the world where Mein Kampf is a best-seller.

John McCarthy and his Stockholm syndrome; just another BBC hack!