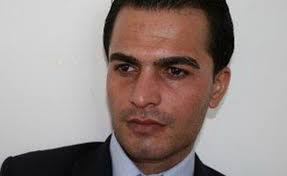 Update: The Jerusalem Post reports that the organisation Reporters without Borders 'fears the worst': Mawlud Afand has been missing for 11 days.

The editor of the Israel-Kurd Magazine, Mawlud Afand, has reportedly been kidnapped in Kurdistan and smuggled into Iran.

Magazine publisher Dawod Baghestani, who founded the Israeli-Kurdish Cultural Association monthly newspaper in Iraqi Kurdistan in 2003, suspects that Sherzad Omar, a man working for Iranian intelligence in Kurdistan, slipped an anaesthetic drug into Afand's food and drove him across the Iranian border into Kermanshah. He was seen being given a bag by a man who spoke Farsi.

In an email to Point of No Return, Baghestani, who is believed now to be in Turkey, says that he has tried contacting Afand on his mobile but it is constantly busy. He is determined to find out what happened to Afand and is appealing for information.