Last Jew assisted by Joint in Algeria died in 2011 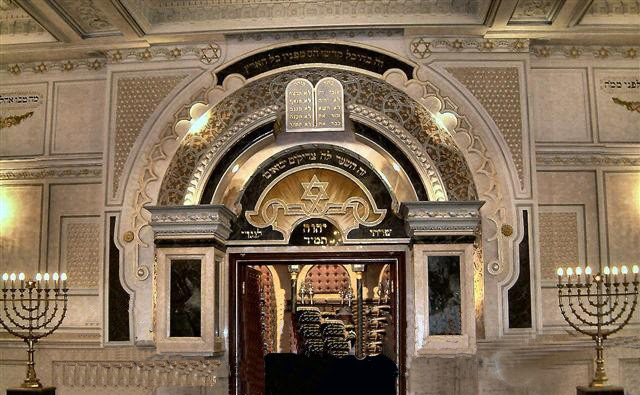 There are almost no Jews left in Algeria: the last Jewess assisted by the Joint Distribution Committee, Mrs Esther Azoulay, passed away in July 2011, bringing to a close the JDC's programme in that troubled country, its CEO Steve Schwager writes. Before 1962, Algeria had 160,000 Jews. There may still be a handful left surviving without assistance (with thanks: Andrew):

According to some scholars, Jewish life in Algeria probably dates back nearly 2,600 years, to the time of the destruction of the First Temple in Jerusalem in 586 B.C.E. So Penny and I feel that it is of special importance to note that this past July, the last Jew in Algeria assisted by JDC, Mrs. Esther Azoulay, passed away.
Her passing brings JDC's direct program involvement in that troubled country to a close after a period of 60 years. And how did that work begin?
JDC’s connection started with its support for the Refugee Welfare Committee, which was established in Algeria in 1943 in order to bring assistance to European Jews who found asylum there during WWII. Later, when the State of Israel came into being, JDC also supported the aliyah of Jews from Algeria. However, in 1953, the Federation of Jewish Communities of Algeria felt that JDC should expand its programs for the Jews of Algeria in both the social and cultural arenas, and a JDC office was finally opened in Algiers in 1957.
JDC provided assistance in many areas: home visits to the needy, support for the development of educational institutions, medical care, cash assistance, and food packages, including matzot for Pesach. By 1959, 4,000 Jews were benefiting from JDC’s aid. In addition, JDC helped strengthen Jewish life in Algeria by supporting the construction of a rabbinical school and Jewish summer camps.
Even prior to 1962, when Algeria achieved its independence, Jews in Algeria had been facing hostility from certain segments of both the local French and Arab population. And once the French departed, Algerian rule was marked by militant Arab nationalism, growing Islamization, and virulent anti-Zionism. By the end of 1963, the 120,000-member community had dwindled to some 3,000-4,000 Jews.
In 1964, Mr. Choucroun, President of the Jewish community of Saïda, sent the following letter to Dr. Franco Levi, the JDC representative in Algeria:
At the time when I am preparing to leave Algeria, I would like to say once again how much I am grateful to the organization you represent and for your good deeds. You saved people in distress … thanks to your actions, children and elderly smiled at life. There do not remain any more poor people in Saïda.
The story of the final desecration/destruction of the last remaining synagogue in Algiers in 1988 makes stomach-churning reading even today. The damage done was so extensive that the synagogue, now in ruins, had to be permanently closed. By the end of the eighties, only 94 Jews remained in the country.
In the mid-1990’s the assassination of two Jews in Algiers marked the end of an era.
JDC remained a pillar of strength, providing assistance to those who needed help even as the community continued to shrink.
Since 1985, Line Meller, then living in Algiers, served as JDC’s liaison with the remaining Jews of Algeria.On our behalf she helped to assure the welfare of a small number of aged and impoverished Jews, who continued to receive cash assistance from JDC until they passed away.
Although JDC could not redeem these unfortunate Jews from their suffering since they did not want to emigrate, the work that JDC did kept them alive. JDC enabled Line Meller to light a candle in a black hole of darkness.
In 2010, Mr. Messaoud Chetrit, 82-years-old and the last Jewish man still living in Oran, passed away. A delegation of Jews came from France to ensure that he was buried according to the traditional Jewish ritual in the very cemetery of Oran where he had been the final caretaker.
And that brings us to the last Jew in Algeria assisted by JDC, Mrs. Azoulay, who had a very difficult life. In 1992, her case came to the attention of JDC, which from that point on provided her with regular cash assistance. Over a period of two decades, this JDC aid enabled Mrs. Azoulay to pay for all the medical care she needed for her multiple ailments. But perhaps what she treasured most about this JDC connection was the reassurance it gave her that she had not been forgotten by her people.

Read article in full
Posted by bataween at Wednesday, May 30, 2012