A different story of displacement for Nakba Week 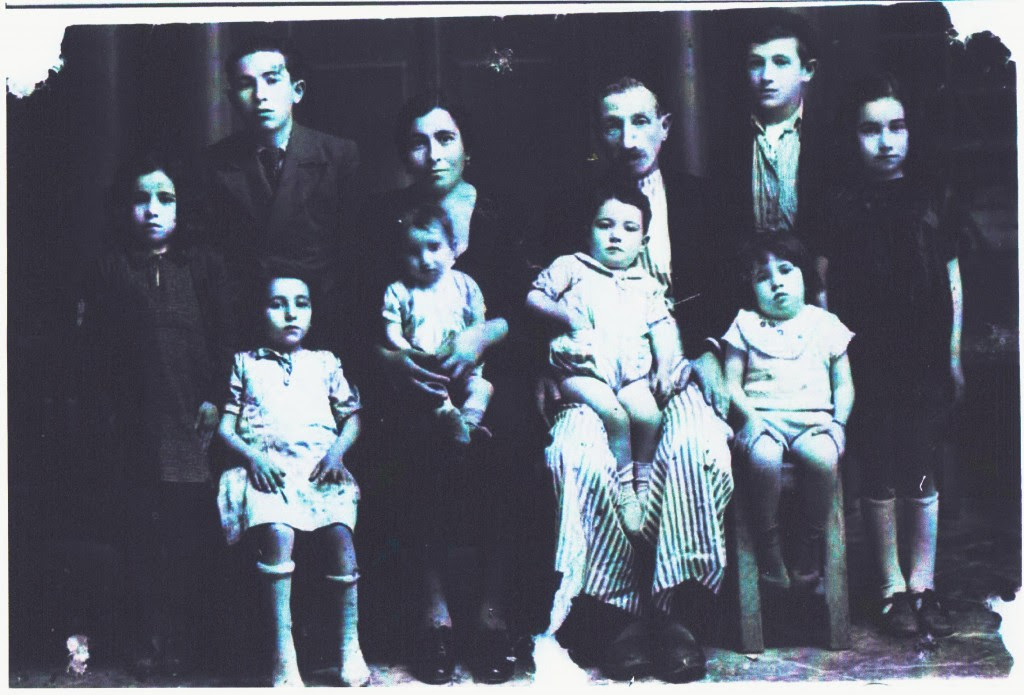 The Baghdadis, a Jewish family in Aleppo, Syria, around 1940. In Aleppo, and in other cities and towns across north Africa and the Middle East, some 850,000 Jews were pushed out of their homes beginning in the mid-20th century. (Courtesy of Asher Ron)

As the Palestinians mark their Nakba Week, Matti Friedman, author of a new book on the Aleppo Codex, thoughtfully recalls in The Times of Israel the Jewish story of displacement and loss from the Arab world. The Arabs see reminders of this vanished Jewish world every day: we often hate most the things or people that remind us of something we dislike about ourselves, and here lies one of the hidden dynamics of the Israel-Arab conflict, he writes. Read the whole thing!

On May 15, many in the Arab world and elsewhere mark the Nakba, or the “Catastrophe,” mourning the displacement of the Palestinian Arabs during the 1948 war with Israel. This year, as always, the commemoration will obscure the collapse at the same time of a different Arab society that few remember.

On November 30, 1947, a day after the United Nations voted to partition Palestine into two states, one for Arabs and one for Jews, Aleppo erupted. Mobs stalked Jewish neighborhoods, looting houses and burning synagogues; one man I interviewed remembered fleeing his home, a barefoot nine-year-old, moments before it was set on fire. Abetted by the government, the rioters burned 50 Jewish shops, five schools, 18 synagogues and an unknown number of homes. The next day the Jewish community’s wealthiest families fled, and in the following months the rest began sneaking out in small groups, most of them headed to the new state of Israel. They forfeited their property, and faced imprisonment or torture if they were caught. Some disappeared en route. But the risk seemed worthwhile: in Damascus, the capital, rioters killed 13 Jews, including eight children, in August 1948, and there were similar events in other Arab cities.

If we are to fully understand the Israel-Arab conflict, the memory of these people and their exodus must be acknowledged — not as a political weapon, a negotiating tactic or as part of a competition about who suffered more, but simply as history without which it is impossible to understand Israel and the way the Arab world sees it.

Everyone knows the Palestinian refugees are part of the equation of Mideast peace, and anyone who is interested can visit a Palestinian refugee camp and hear true and wrenching stories of expulsion and loss. Among the Jews expelled by Arabs, on the other hand, one can find few who think of themselves as refugees or define themselves by their dispossession. Most are citizens of Israel.

Of the 20 families in my fairly average Jerusalem apartment building, half are in Israel because of the Arab expulsion of Jews, and that is representative of Israel as a whole. According to the Israeli demographer Sergio dellaPergola of Hebrew University, though intermarriage over two or three generations has muddled the statistics, roughly half of today’s Israeli Jews came from the Muslim world or are descended from people who did. Many Arabs, and many Israelis, consider Israel a Western enclave in the Middle East. But these numbers do not support that view.

These Jews have shaped Israel and are a key force in the country’s political life. They also make Israel very different from the American Jewish community, which is overwhelmingly rooted in Europe. They are a pillar of Israel’s right wing, particularly of the Likud party. They maintain a wary view of Israel’s neighbors — a view that has been strengthened by the actions of the Palestinians but that is rooted in their own historical experience and in what might be considered an instinctive understanding of the region’s unkind realities.

Spare a thought for the other 'Nakba'
Posted by bataween at Tuesday, May 15, 2012