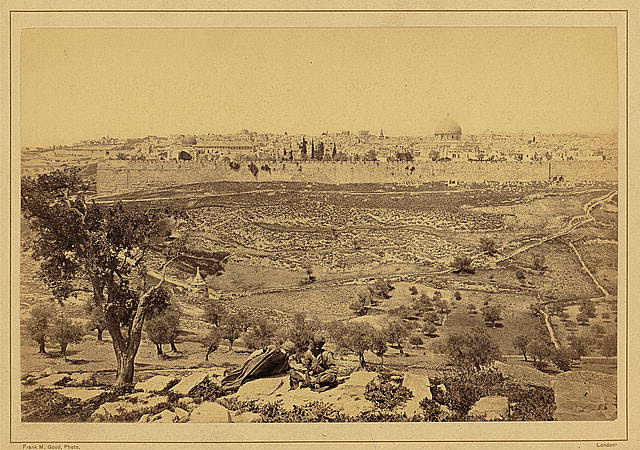 For two property owners who won an Israeli Supreme Court battle recently to regain their property, Jerusalem Day gives particular cause for celebration. Report by AFP:

JERUSALEM — Israel's Supreme Court on Monday ordered two Palestinians to leave their properties in the Muslim Quarter of Jerusalem's Old City, ruling that the properties were owned by Jews, their lawyer told AFP.

Lawyer Mohammed Dahleh said the court had rejected his clients' appeals, and ruled that Ghazi Zalum's house and Ismail Wazwaz's shop had been owned by Jews in the period before the establishment of Israel in 1948, with the properties later falling into Jordan's hands.

"It went through the Magistrates Court, the District Court and now the Supreme Court," Dahleh said, adding that the court had also ordered the Palestinians to pay all the legal costs.

Both properties are in the Al-Qarameh neighbourhood between the Church of the Holy Sepulchre and the Al Aqsa mosque compound.

There was no immediate Israeli confirmation of the ruling, and it was not clear who would take over the properties.

Zalum told AFP there had been a systematic takeover by settlers of properties in the area.

"With my evacuation, Israel has evacuated half of the Al-Qarameh neighbourhood and Aqbat al-Khaldiyya as part of an organised policy of emptying the Old City," he charged.

"It is more of a political issue than an Arab or Jewish property issue. This move comes with the announcement of the elections and is a message to Israelis saying: we are liberating Jerusalem from the Arabs," he said, referring to a decision by Israeli Prime Minister Benjamin Netanyahu to call early elections this September.

The identity of the Jewish owners who won the court battle were not immediately clear.

Jerusalem: The media myth of two cities
Posted by bataween at Sunday, May 20, 2012