Correcting the 'narrative' on refugees 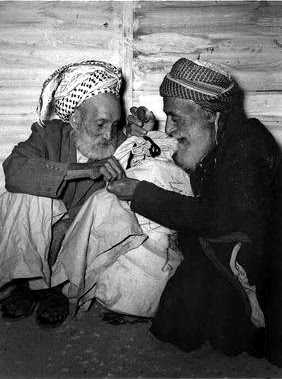 
Today's Canadian National Post carries a plethora of letters on the Middle East, most responding to an article about Palestinian refugees that appeared in the Post on 19 May. This letter is a reply to another by one Rev. Giuliano. It makes the very valid point that the ethnic cleansing of Jews from areas of Palestine won by the Arabs in 1948 constitutes a breach of the Geneva Accords:

In his note, Rev. Giuliano offers reassurance that he recognizes the “profound atrocity” of the Holocaust. But more relevantly, he refuses in any way to acknowledge the Arab persecution of Jews in the Middle East and the Jewish refugees that resulted.

First, he simply does not mention the very broad expulsion of Jews to Israel from the Arab states. And secondly, and even more curiously, he does not mention that all Jews were cleansed from areas of Palestine where Arabs prevailed in 1948, a very obvious breach of the Geneva Accords.

In this regard he says only that “the Green Line does exist” and, ironically, that the presence of Jews — settlements — where they had been eliminated before 1967 violates international law. By contrast he asserts for Palestinian refugees a “Right to Return” — an “internationally recognized human right … to be resolved through negotiation”. Now, notwithstanding protestations about dignity for all, this suggests that Rev Giuliano applies very different standards to Jewish and Palestinian refugees. Not a very promising path to peace.

OT
but I think it might be of interest to you - I haven't listened myself yet, so if it is just crap, please forgive me.

Thanks Silke, will check it out.