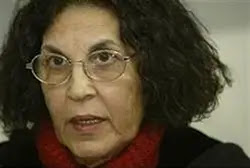 Israeli spy Eli Cohen managed to eat matzah, the unleavened bread traditionally eaten on Passover, even while deeply enmeshed in life among the Syrian elite, his widow Nadia told Arutz Sheva.(With thanks: Michelle)

Nadia explained that she had just heard the story of Eli’s Passover observance recently. “Just now two people from Syria told me that [Eli] knew that there were Jews in the marketplace. He would watch them from afar, then go and ask to taste some of the matzah,” she said.

“He didn’t want them to know he was Jewish, so he would say, ‘Let me taste some of that thing that you eat only on your week of holiday,’” she explained.

Eli Cohen managed to infiltrate the top ranks of Syrian leadership, and used his status to gather valuable security information, which he sent to Israel. The reports he sent were invaluable in helping Israel take the Golan during the Six Day War, two years after he was caught and executed.

Read article in full
Posted by bataween at Sunday, April 08, 2012

to all my friends :
I shall be absent for some time for two main reasons
1)I must absolutly finish my book and
2) have to undergo treatment for my back.
Bless you all
sultana suzy vidal

We shall miss you, good luck!
By the way, I have started your trilogy.