Will pluralism ever return to Burma? 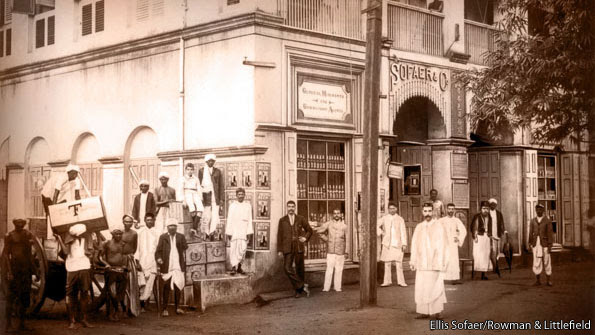 The Sofaer store in Yangon. Some 3,000 Jews once lived in Burma

It never ceases to amaze me how the media can wax lyrical about the 'surprising survival' of only 20 Jews in Burma, and dare to predict that the community might revive. The truth is that tolerance and pluralism of different faiths were old-fashioned colonial values. Article in The Economist (with thanks: Shaul)

Amid the bustle and crumbling masonry of downtown Yangon, there is one building that likes to keep up appearances: Myanmar’s only synagogue. On a narrow street, tucked behind a lot of paint shops, stands the splendid Musmeah Yeshua. Dating from the 1890s, it is a reminder of a lost world and an almost vanished community. It also provides a test of how far Myanmar can change.

Many of Myanmar’s Jews came from Iraq in the 19th century to trade and set up businesses. What was then Rangoon was a flourishing port of the British empire, and the Jewish community became influential. At its peak, it numbered around 3,000. The city even had a Jewish mayor.

Some of the prosperity and worldliness of those days lingers in the streets around the synagogue. Musmeah Yeshua is virtually next door to a Sunni madrassa, dating from 1914. A bit farther down the same street is a large mosque. Both of these are legacies of a Muslim influx from Gujarat, in India. Across the way is a large, gaudy Hindu temple. A few streets down is a large Hokkien temple. Methodist, Catholic and Anglican churches are all nearby. Immigrants came to Rangoon from around the world to make their fortunes.

A virtue, perhaps, of having been isolated from the world is that several decades of religious bigotry seem not to have touched this corner of Yangon. Living and working together, Jews, Muslims and others seem to get along cheerfully enough—in contrast to the violence between the majority Burmans and many other indigenous groups, such as the majority-Christian Kachin in the north and the Muslim Rohingyas in the west. When the devastating cyclone Nargis hit Yangon in 2008, interfaith prayers were held in the synagogue. It was to describe just such a multicultural and commercial conglomeration that J.S. Furnivall, a British colonial servant in Burma, coined the term “plural society” 60 years ago.

A talk in London on the Jews of Burma by Dr Saul Zadka is scheduled for 1 May. For further details check out Harif and Spiro Ark websites.