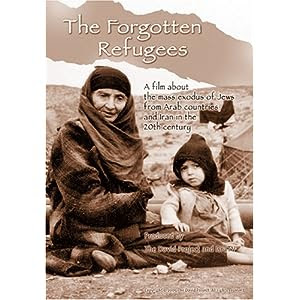 A film that has been shown to hijab-wearing students at London's SOAS university may be considered too controversial to be shown in Tel Aviv.

The Moshe Dayan Peace Center at Tel Aviv university has turned down a request to screen the David Project's award-winning film 'The Forgotten Refugees'.

Jeremy Dery, a Tel Aviv university student, had intended to show the film and invite its director Michael Grynspan to answer questions. "They obviously think it's too controversial," he said.

Refusing to organise a specific showing, Professor Uzi Rabi responded to Dery: " There are several other institutes at TAU for which this film would be more appropriate to screen and within the purview of particular academic interests. We decided not to screen this documentary after consultation with several of our researchers. If there is a particular professor who would like to screen this as part of his or her seminar, that is more than welcome, no one is stopping anyone from making any particular decisions on what they can or cannot show to their students."

Professor Rabi then asked for a copy of the film to be donated to the Center's video library so that interested students could borrow it.

The film tells the story of the 850,000 Jewish refugees driven out from Arab countries after 1948 and their resettlement in Israel. It puts forward the view that the Jewish refugees are central to the pursuit of peace and justice in the Middle East.

Michael Grynspan, director of the Forgotten Refugees, said: "It's really a shame... our documentary was screened almost everywhere. In Israel it was screened at the Hebrew University, at the cinematheques in Tel Aviv Jerusalem and Haifa - and even on Channel 1 and Arutz 1. Why would Tel Aviv University's students not be allowed to see this important movie?"

Describing the Moshe Dayan Peace Center's central influence on policy-makers and opinion-formers, Professor Itamar Rabinovich is quoted on the Center 's website as follows: "If we disappeared tomorrow, a vacuum would be created in the Middle East. As the pioneers of applied research on the Middle East in Israeli academe, we play a crucial role in collecting and disseminating knowledge to cool boiling points."

Some knowledge is obviously too hot to handle.
Posted by bataween at Tuesday, March 13, 2012

What Rabinovitz said in essence was that in order to work for "peace," we have to lie about history. We have to whitewash the Arab historical record. Otherwise no "peace."

I say that there can be no real peace on the grounds of lies. BTW, Rabinovitz was considered a Syria expert and specialized in whitewashing the Assad clan. Now exposure to the light of day of some of his earlier writings might embarass him.

When Jews cannot face the "truth" about us Jewish refugees from Arab lands, it becomes a very serious matter!
Sultana Latifa
a Jewish refugee from and Arab land!