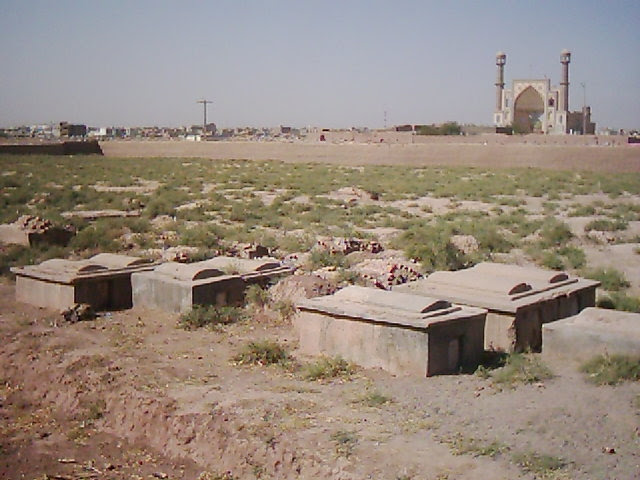 If there was an Oscar awarded for ‘chutzpah’ (cheek), Nushin Arbabzadah’s article yesterday on the Guardian ‘s website Comment is Free would probably win it hands-down. The ‘story of the Afghan Jews is one of remarkable tolerance' belongs in the realm of fiction, rather than on a newspaper of record. You might as well say water is not wet. Hitler was not evil. There was no historic antisemitism in Afghanistan.

The author builds a fantasy that Jews were pretty much like other Afghans - conservative, patriarchal. Because of their cosy isolation, Afghan Jews were shielded from antisemitism. Antisemitism was something, Nushin implies, that came from the outside.

The piece begins with the author’s own personal experience of Jews during the era of the Soviet occupation, a time when only a few hundred Jews still lived in Afghanistan. Nushin had a clever, blond Jewish classmate whose household was accused of immorality for letting a man into the home (presumably a Shabbat goy) on Shabbat. The inference is that such religious bigotry had suddenly sprung out of nowhere to prepare the ground for the fundamentalist era of the Taliban.


Then Nushin drops the bombshell: the Afghan antisemitism she witnessed was not representative.

“From a historical perspective, the story of the Afghan Jews is a tale of remarkable tolerance. It may seem hard to believe today, but historically it was Afghanistan to which Jews turned to when escaping religious persecution in Iran and central Asia. It was in the dusty, ancient cities of Herat and Kabul, to the west and the east of Afghanistan, that they found freedom to practise their faith without getting murdered in the process. A community of leather and karakul merchants, poor people and money lenders alike, the large Jewish families mostly lived in the border city of Herat, while the families' patriarchs travelled back and forth on trading trips, moving between Iran, Afghanistan, India and central Asia on the ancient silk road.”

Thankfully, a few Guardian commenters are quick to point out that as dhimmis, Jews had wear black turbans distinguishing them from Muslims and were subject to the usual strictures of sharia law, paying the jizya or poll tax in order to buy the protection of the authorities. Although Jews have lived in Afghanistan for 2,500 years, arriving as part of the Babylonian diaspora, they were wiped out in the 13th century by the Mongols and were never in Afghanistan in great numbers. Iman Allah Khan (1919 – 1929) worked to break the power of the religious authorities, but it was only under the relatively enlightened Nadir Shah (1929 – 33) that the jizya and discriminatory signs were abolished.


There was one brief demonstration of ‘remarkable tolerance’ in the 19th century: Nushin is correct that there was a short term influx of Jews fleeing from Persia, where the Muslim authorities had begun to aggressively persecute them and forcibly convert the Jews of Meshed to Islam, quickly bringing Afghanistan's Jewish population up to 40,000. But all this changed in 1870 when many Jews left Afghanistan and the Muslim authorities enacted anti-Jewish measures.

Nushin then drops another bombshell:

“The Afghans' isolation from the rest of the world was a blessing in disguise for the Jewish community because being cut off from global political trends meant that ordinary Afghans were untouched by the raging, European-led, antisemitism of the early 20th century. Even at the height of the Nazi influence in Kabul of the 1930s, it was Afghan nationalism rather than antisemitism that led the government to introduce economic measures that bankrupted Jewish money-lending families.”


In 1933, following the assassination of Nadir Shah there was an anti-Jewish backlash and Jews were banished from most Afghan cities, limiting them to Kabul, Balkh or Herat. It is true that Nazi-inspired nationalism victimised the Jews in the Thirties (stripping them of citizenship, preventing them from settling in the north, and imposing swingeing taxes), but there is only one way to describe the Sh'ite riots in Herat in 1935 and other violence against the Jews until 1944, accompanied by incitement by Musim clerics, forced conversions to Islam, rape of women, girls and boys:

Good old-fashioned antisemitism, much of it religiously-inspired.


"The laws affecting the Jewish community were soon removed and in the following decades Afghanistan was the only Muslim country that allowed Jewish families to immigrate without revoking their citizenship first. When Afghan Jews left the country en masse in the 1960s, their exile to New York and Tel Aviv was motivated by a search for a better life but not because of religious persecution."

What 'remarkable tolerance': Afghanistan did not revoke emigrating Jews’ citizenship. Yet for years Jews had not been allowed to move from city to city, let alone leave the country.


The trials and tribulations of the remaining community did not cease. One can safely assume that persecution and discrimination were a key factor in their subsequent departure. In an echo of the Jizya, Jews had to pay a tax (harbiya) not because they were exempt, but because they were excluded from military service. In 1955, a young girl, Tova Shamualoff, was kidnapped and forcibly converted to Islam. After the Six-Day War the authorities had to call out the army to protect the remaining 300 Jews. Now there is a single, solitary Jew in the country.

Email ThisBlogThis!Share to TwitterShare to FacebookShare to Pinterest
Labels: Antisemitism, Jews of Afghanistan

It's good to add the dot to the "i" and to cross the "t"
Anyone can invent what he wants.
I could tell you that I am a tall slim blue-eyed blonde, and some would believe me!!!
The Germans had applied propaganda perfectly.
Must we re-live that again???
sultana latifa

I need to add something:
The Guardian newspaper is known for its pro-Arab tendency.
sultana

“From a historical perspective, the story of the Afghan Jews is a tale of remarkable tolerance"

How come claims like this one are almost always made by Muslims, and when a Jew makes it, he is usually a Western Jew with an anti-Zionist axe to grind.

Eliahu, that needs to be researched!
But it is too deeply rooted and will never reveal the WHY's
sulatna latifa
by the way
Shabbat Shalom

I'm just trying to update this on wikipedia, can you provide sources? jonathan


It's been a while since I wrote that post and I can't remember which sources I used, but this could have been one:
http://www.jewishvirtuallibrary.org/jsource/vjw/Afghanistan.html