Avnery hasn't a clue about Jews from Arab lands 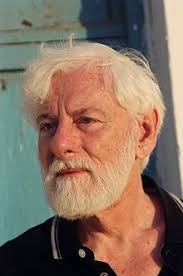 Surprise, surprise - that grand old man of the Left, Uri Avnery (pictured), has jumped on to the 'white-discrimination-against-Mizrahim' bandwagon, following the Shlomo Maoz 'scandal'. Why should we take Avnery seriously? Because he still has an international following. Many radical leftists are casualties of an inadequate Israeli schooling system. They simply haven't a clue about Jews from Arab countries and apply Marxist class stereotypes. We must redouble our efforts to educate 'leftists' as to the true history of Jews in Arab countries. My comments follow in italics.

Avnery: The Orientals have deep grudges against the Ashkenazim. They believe – not without justification – that they have been humiliated and discriminated against from their first day in the country, and still are, though quite a number of them have reached high economic and political positions. The other day, a top director of one of the foremost financial institutions caused a scandal when he accused the “Whites” (i.e. Ashkenazim) of dominating all the banks, the courts and the media. He was promptly fired, which caused another scandal.

The discrimination has been overstated and in many ways is a thing of the past. And one cannot generalise: As our commenter Sylvia says: Turkish, Iranian and Iraqi Jews have done very well - while Jews from North Africa are still struggling.

Avnery: The Likud came to power in 1977, dethroning Labour. With short interruptions, It has been in power ever since. Yet most Likud members still feel that the Ashkenazim rule Israel, leaving them far behind. Now, 34 years later, the dark wave of anti-democratic legislation pushed by Likud deputies is being justified by the slogan “We must start to rule!”

The scene reminds me of a building site surrounded by a wooden fence. The canny contractor has left some holes in the fence, so that curious passers-by can look in. In our society, all the other blocs feel like outsiders looking through the holes, full of envy for the Ashkenazi “elite” inside, who have all the good things. They hate everything they connect with this “elite”: the Supreme Court, the media, the human rights organizations, and especially the peace camp. All these are called “leftist”, a word curiously enough identified with the “elite”.

How has “peace” become associated with the dominant and domineering Ashkenazim?

That is one of the great tragedies of our country. Jews have lived for many centuries in the Muslim world. There they never experienced the terrible things committed in Europe by Christian anti-Semitism. Muslim-Jewish animosity started only a century ago, with the advent of Zionism, and for obvious reasons.

Ah, that Golden Age myth again. Avnery is blissfully ignorant of the history of Jews in Arab countries, where they lived in an atmosphere of 'cordial hatred' - as Professor Paul Fenton, a scholar of Moroccan-Jewish relations once put it. Avnery is at once ignorant of antisemitism in the Koran, and the long history of Jewish servitude, known as 'dhimmitude', under Muslim rule. (Somebody please tell him about pre-20th century massacres). Furthermore it is shocking that a German Jew whose family escaped the Nazis should be ignorant of the Nazi inspiration behind 20th century Arab Jew-hatred.
Avnery: When the Jews from Muslim countries started to arrive en masse in Israel, they were steeped in Arab culture. But here they were received by a society that held everything Arab in total contempt. Their Arab culture was “primitive”, while real culture was European. Furthermore, they were identified with the murderous Muslims. So, the immigrants were required to shed their own culture and traditions, their accent, their memories, their music. In order to show how thoroughly Israeli they had become, they also had to hate Arabs.

It is true that Israel did not at first appreciate Arabic culture, but Jews arriving from Arab countries were able to get state grants to do degrees in Arabic literature at the Hebrew University. They still continued to listen to Farid al-Atrash. Likewise the state did nothing to promote Yiddish culture. Leftists tend to overstate the cultural 'discrimination' that Jews from Arab lands experienced because they hate all elites, without recognising that they are part of them.

It is not true that all Jews from Arab countries were products of Arab culture. In fact many were fans of western culture. Those who were products of the Alliance Israelite system, spoke English and French. They could recite the poems of La Fontaine and Rudyard Kipling. They sang along to Edith Piaf.
Avnery: It is, of course, a world-wide phenomenon that in multinational countries the most downtrodden class of the dominant nation is also the most radical nationalist foe of the minority nations. Belonging to the superior nation is often the only source of pride left to them. The result is frequently virulent racism and xenophobia.

Avnery has got it precisely backwards. Many oriental Jews brought with them a pre-existing hatred of Arabs - the result of suffering and dispossession. It is this leftist inability to recognise or downplay Arab antisemitism which is actually raising roadblocks to peace.

Avnery: This is one of the reasons why the Orientals were attracted to the Likud, for whom the rejection of peace and the hatred of Arabs are supreme virtues.
Nonsense. Who signed a peace agreement with Egypt in 1979? Menahem Begin of the Likud.

All leftists live in a self-created bubble, the inside mirrored to show only them. Let him take all his useful idiots with him, like the Pied Piper, and good riddance!!

Bataween, I'm sure you wrote "grand old man of the left" with tongue in cheek. I find Avnery loathesome. He is dishonest and a perfect hypocrite and conscious liar. By the way, he was the first or one of the first publishers of pornography in Israel [through his weekly HaOlam HaZeh].

Actually, it is the HaArets newspaper that has been the most constant outlet for anti-Mizrahi prejudices over the years, going back to a series by Amos Elon on the people in the Ma`abarot back about 1950. Yet, HaArets is identified as "Leftist" and intensely pro-Arab, etc.

When Avnery writes "Yet most Likud members still feel that the Ashkenazim rule Israel." In fact, many people feel that way. I feel that the "Left," the Labor party and Meretz [Mapam, Ratz, etc], and other assorted "leftists" still rule many state institutions, including the courts, prosecution office, police, arts funding committees, etc. However, some of the major agents of "Leftist" control are indeed Mizrahim, such as Attorney General Meni Mazuz and Moshe Mizrahi [in the police]. Likudniks and others feel that Likud leaders and other leaders in what may be called the national and religious camp have been unduly harassed by police investigations. These have included Netanyahu himself, former President Katsav, Raful Eitan, Lieberman, Deri and others. So the "Left" has retained power in certain state institutions and affiliated bodies. That said, most of those people are Ashkenazim but not all --and they were not acting on behalf of Ashkenazim-- and those suffering from certain abuses included Ashkenazim, such as Netanyahu who was tormented for months with charges of misusing state property, state funds, etc. Meanwhile, Olmert was treated with kid gloves because he was seen as acting for "peace" while prime minister, although most people in the upper ranks of business and govt knew that he was a crook. Some of Olmert's "peace moves" may have been intended to improve his treatment at the hands of the state prosecution office, in view of all the charges against him.

"They hate Arabs" is the invention of Helmut Ostermann, aka Uri Avnery. (let's admit it, a former terrorist). To Helmut, that was the only explanation possible for their denying being "Arabs" and thus fit in his fascist Canaanite dream society, which required at least part of the Jews to be Arabs (so he, Uri, could feel a little semitic by association). The plan was for "Arab Jews" and regular Arabs to unite in order to provide an eternal working class for the elites.

It didn't exactly work that way, as we know, and Helmut Avnery has never forgiven them.

In sixty years, Uri Avnery learnt nothing, forgot nothing.

Sylvia adds some details about Avnery. Those who are interested in more about him could look up a flattering profile of Avnery in the Washington-based Middle East Journal about 10 or 15 years ago. The Middle East Journal was founded with funding from the American Petroleum Institute. As far as I know it is still a beneficiary of funds from the Institute. The American Petroleum Institute, what does that tell you?

Just an observation. Farid al Atrash was not an Arab but a Druze. Many of the "Arab" stars in Arab stage and cinema were not Arabs at all - Laila Murad, Elias Moabad, Naghib al Rihani, Bob Azzam, Togo Mizrahi, George Sidhom, just to name a few.