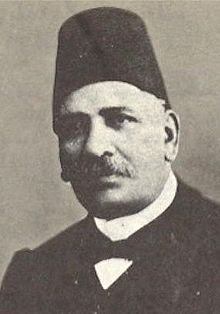 States based on Islam deny citizenship to religious minorities such as Copts and Jews, while states based on Arabic language and culture leave no room for non-Arabs such as Kurds and Berbers. The Arab Spring has failed to resolve these two conflicting visions, argues Zvi Mazel in his excellent JCPA essay (November-December 2011) on majorities and minorities.

With the post-World War I dissolution of the Ottoman Empire and the creation of new nation-states by the colonial powers of the time, Britain and France, the minorities issue in the Arab world rose to the surface. Some 1300 years of Muslim-Arab subjugation had not succeeded to suppress the identities of the conquered peoples or erase their uniqueness, nor to eradicate the other religions. On the contrary, Islam itself engendered additional minorities, particularly the various strains of Shiites.

The Arab states that were established at the stroke of a pen, in keeping with British and French interests, were not homogeneous polities and included diverse kinds of minorities. The Arab nationalism that grew in the new nation-states, along with the belief in the supremacy of Islam, bedeviled relations between the minorities and the Sunni majority and spawned conflicts that continue into the present. In a 1995 article, Prof. Saad Eddin Ibrahim noted that the Arab world, which then accounted for 8 percent of the global population, was responsible for 25 percent of all armed conflicts in the world since 1945. Occurring in a context of ethnic clashes, these conflicts had caused 2.5 million deaths. While the Middle East population is currently only 6 percent of the world's population, the domestic and external conflicts continue and it appears that the number of victims has doubled.

Until the creation of the Arab nation-states in the twentieth century, the Middle East-North Africa region was an Islamic expanse in which all the Muslims were part of the Muslim nation and lived in a sort of single state based on Sharia and led by a caliph. That ideal picture, however, should be qualified. Throughout its history the Muslims of the region were involved in countless fratricidal wars; caliphs were murdered and competing caliphates were set up. The Middle East and North Africa were, most of the time, divided between antagonistic rulers, though the region was open to the movement of people and merchandise.

For five hundred years the Middle East was mostly under the rule of the Ottoman Empire, which rarely intervened in the affairs of non-Muslims so long as they accepted their dhimmi (protected minority) status. This status granted non-Muslims the protection of Islam. They paid a poll tax, the jizya, and in return were allowed to manage their community affairs. All this was conditional on honoring the Muslim majority and recognizing the sovereignty of the Islamic state. It should be stressed, though, that these non-Muslims were second-class citizens, subject to the caprices of the masses and of Muslim rulers who, at different points in this long history, killed and massacred them or forced them to convert to Islam.

As the Ottoman Empire declined, the dhimmi status was abolished in 1856 due to pressure by the Western powers. The terms changed completely, however, with the establishment of the new states after World War I. These were expected to be modern polities, with a separate national civil identity for the whole state, and to develop a political-social-economic policy that would ensure reasonable equality for all citizens, economic growth, and prosperity. This is the basis for the running of every state in the world, and the way to prevent conflicts that subvert unity. Here all the Arab states have failed.

The Arab States' Failed Efforts at National Unity: Immediately after the creation of the Arab states, even before they attained full independence, two visions competed among them concerning state-building and the identity of their citizens: the Islamic vision and the secular-national vision. Given their basic tenets, both were far from conducive to national unity and the emergence of an egalitarian democratic state. In both cases, realizing the vision meant excluding various minority groups from the majority political system.

The Islamic vision posits a state based on religion, its governance and social structure determined by Sharia. That would mean the Kurds, who are Sunni Muslims but not Arabs, would be citizens with equal rights, while non-Muslims, and particularly Christians, Jews, and idolaters, would revert to being second-class citizens of dhimmi status who could not be appointed to key posts such as president, ministers, and judges.

According to the secular-Arab-national vision, however, the state would be based on Arab nationality-that is, those whose first language is Arabic and who identify Arab culture as their own. For the secular Arab nationalists, anyone who met these criteria was acceptable; they would be citizens with full rights regardless of ethnic or religious origins. This ideology put the Christians, who were scattered throughout the Arab states and for the most part saw themselves as Arabs, within the majority community.

At the same time, this national vision left no room for national or religious minorities claiming rights as a separate community, which would contravene nationalism. If the Kurds or the Berbers-both of them also Sunni Muslims-were to petition for rights as a culturally-nationally unique community, they would remain outside the majority community, be denied recognition, and suffer discrimination. This vision also discriminates against the Copts, who are fully Egyptian but are a religious community that asks to be recognized as a separate group.

In practical terms, a situation emerged in which two forces acted together in different dosages. In the first stage, upon their establishment, the new Arab states made an effort to tackle the problem of identity. The first constitutions that were formulated in Egypt, Syria, and Iraq in the 1920s and 1930s, under the influence of Britain and France, were relatively liberal and granted equality to citizens without connection to their religion-at least on paper. However, all of these constitutions affirmed that each state was part of the Arab world and worked for its unity, and that Islam was the state religion and Sharia the source of legislation.

These constitutions enabled the appointment of prime ministers who were not Sunni Muslims. Boutros Ghali, a Christian and grandfather of Foreign Minister Boutros Boutros Ghali, was appointed prime minister of Egypt in the 1910 and assasinated by a Muslim. The Christian prime minister Faris al-Khoury was appointed in Syria, and Iraq had Shiite and Kurdish prime ministers. At the same time, the constitutional principles of Arab unity and Sharia as the source of legislation cast a shadow over the minorities. If the Arab states are Arab states and strive for Arab unity, what becomes of non-Arab minorities? If the Arab states consider Sharia an important source of legislation, what is the fate of non-Muslims or of Muslims who are not from the mainstream?

The establishment of the Arab League on Britain's initiative was intended to promote cooperation between the Arab states with an eye to possible unification in the future. Today, as well, the constitutions of all the Arab states still emphasize in the first paragraph that the state is part of the Arab nation and aims at its unification.

The relatively liberal spirit began to change in the 1950s and 1960s as the two visions failed to solve the domestic and foreign problems of the Arab states. Economies were not developing; corruption was rampant. To this must be added the resounding failure of the principal Arab states-Egypt, Syria, Iraq, and Jordan-to prevent Israel's creation and their humiliating military defeat. This period saw religious and nationalist ferment in all the Middle Eastern states. The result was that Egypt, Syria, Iraq, Libya, and Sudan underwent military coups that purported to remedy the problems of Arab society. The military regimes promised their peoples modernization, economic and social reforms, and universal education. Yet, within a short time, it turned out they could not fulfill their promises; instead their states further deteriorated into cruel dictatorships marked by both domestic oppression and conflicts with neighbors. Seemingly the main reason for these regimes' failure was their inability to come up with a narrative that could unify the whole mosaic of ethnic, national, and religious groups-along with corruption, which is endemic in the Arab states and stems from tribal Arab traditions.

Read post in full
Posted by bataween at Wednesday, January 04, 2012