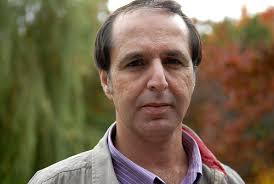 Most telling in this interview about what western journalists miss in their MidEast coverage, the Arab-Israeli journalist Khaled Abu Toameh, who writes in the Jerusalem Post, raises the issue of justice for Jewish refugees from Arab countries, FrumForum reports:

Toameh notes that the same foreign journalists would then ask him: “are you on the payroll of the Israel lobby?” Do they [the Jews] pay you to say these things against Arafat and the PLO?’ Toameh’s response to them:

It is a sad reflection on the state of society, and in particular, the media industry, that not only are they not sufficiently concerned or outraged at the death of Arabs by Arabs (which coincidentally has claimed many more lives than the Israel – Palestinian conflict), but that they will only muster even an iota of concern if they can put in an ‘anti-Israel’ angle.

On the proposed loyalty oath as well, Toameh offered a pragmatic response: “I have no problem with it because it applies equally to both Jews and non-Jews alike.”

One of the biggest and most intractable sticking points has consistently been the Palestinian demand for a right of return, which Israel will not agree to because it would mean the death knell of Israel as a Jewish state.

However, Toameh offers a very simple and pragmatic three stage solution, where the Palestinian refugees could:

1. Go to the future Palestinian state;

2. Resettle elsewhere, including other Arab states; and

Most tellingly though, and in a statement seldom ever heard from Arabs (or the West), Toameh then asked: “and what about Jewish refugees that were forced to flee Arab nations”, suggesting that the issue of Jewish refugees must also be part of any future solution.

Focusing on the problem from Arab dictatorships and their insistence on inciting their people against Israel, Toameh says that we have a problem in the West in failing to believe what people tell us.

If Hamas say they want to destroy you, you have no reason not to believe them. And if Ahmadinejad says he wants to destroy you, there’s no need to start analysing what he means by that. Stop fooling ourselves and if anyone thinks that Hamas will ever recognise Israel’s right to exist, you’re also living in an illusion. Take it from their mouth directly…the PLO however is different – they will tell you one thing in English and then another in Arabic.