'We have got used to an Egypt without Jews' 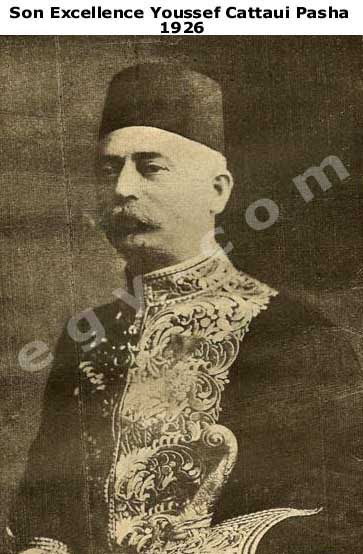 From the inimitable Mark Steyn, this searing column for The National Review: we have got used to the fact that Egypt is a land without Jews. Soon it will be a land without Copts, as Egypt sings to the song of shar'ia (with thanks: Lily):

I’ve been alarmed by the latest polls. No, not from Iowa and New Hampshire, although they’re unnerving enough. It’s the polls from Egypt. Foreign policy has not played a part in the U.S. presidential campaign, mainly because we’re so broke that the electorate seems minded to take the view that if government is going to throw trillions of dollars down the toilet they’d rather it was an Al Gore–compliant Kohler model in Des Moines or Poughkeepsie than an outhouse in Waziristan. Alas, reality does not arrange its affairs quite so neatly, and the world that is arising in the second decade of the 21st century is increasingly inimical to American interests, and likely to prove even more expensive to boot.

In that sense, Egypt is instructive. Even in the giddy live–from–Tahrir Square heyday of the “Arab Spring” and “Facebook Revolution,” I was something of a skeptic. Back in February, I chanced to be on Fox News with Megyn Kelly within an hour or so of Mubarak’s resignation. Over on CNN, Anderson Cooper was interviewing telegenic youthful idealists cooing about the flowering of a new democratic Egypt. Back on Fox, sourpuss Steyn was telling Megyn that this was “the unraveling of the American Middle East” and the emergence of a post-Western order in the region. In those days, I was so much of a pessimist I thought that in any election the Muslim Brotherhood would get a third of the votes and be the largest party in parliament. By the time the actual first results came through last week, the Brothers had racked up 40 percent of the vote — in Cairo and Alexandria, the big cities wherein, insofar as they exist, the secular Facebooking Anderson Cooper types reside. In second place were their principal rivals, the Nour party, with up to 15 percent of the ballots. “Nour” translates into English as “the Even More Muslim Brotherhood.” As the writer Barry Rubin pointed out, if that’s how the urban sophisticates vote, wait till you see the upcountry results. By the time the rural vote emerges from the Nile Delta and Sinai early next month, the hard-core Islamists will be sitting pretty. In the so-called Facebook Revolution, two-thirds of the Arab world’s largest nation is voting for the hard, cruel, bigoted, misogynistic song of sharia.

The short 90-year history of independent Egypt is that it got worse. Mubarak’s Egypt was worse than King Farouk’s Egypt, and what follows from last week’s vote will be worse still. If you’re a Westernized urban woman, a Coptic Christian, or an Israeli diplomat with the goons pounding the doors of your embassy, you already know that. The Kingdom of Egypt in the three decades before the 1952 coup was flawed and ramshackle and corrupt, but it was closer to a free-ish pluralist society than anything in the years since. In 1923, its finance minister was a man called Joseph Cattaui, a member of parliament, and a Jew. Couldn’t happen today. Mr. Cattaui’s grandson wrote to me recently from France, where the family now lives. In the unlikely event the forthcoming Muslim Brotherhood government wish to appoint a Jew as finance minister, there are very few left available. Indeed, Jews are so thin on the ground that those youthful idealists in Tahrir Square looking for Jews to club to a pulp have been forced to make do with sexually assaulting hapless gentiles like the CBS News reporter Lara Logan. It doesn’t fit the narrative, so even Miss Logan’s network colleagues preferred to look away. We have got used to the fact that Egypt is now a land without Jews. Soon it will be a land without Copts. We’ll get used to that, too.

the Cattawi dynasty was a very respected family. There was also another family Suares, all of them guardians of their Jewish population.They do not make them like this anymore!!!
the greater the loss of the new Egypt. Depriving itself of such grand people, I do not know where they will end in a few years. 60% Islamic votes is frightening.
Women beware you will soon have to wear the Nikab!!!
suzy vidal