UN fails to give straight answers on refugees 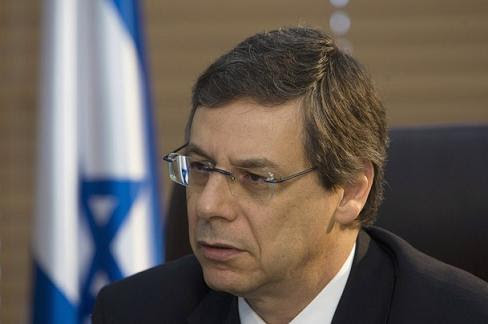 Danny Ayalon's video, 'The truth about the refugees', contrasting the resettlement of Jewish refugees with the non-resettlement of Arab refugees, is putting the UN on the spot. UNWRA's spokespersons are lost for words, as this press briefing report shows:

Question: I just wanted to ask a question about comments that were made by Israel’s Deputy Foreign Minister, Daniel Ayalon, before the Human Rights High Commissioner for Refugees’ ministerial event in Geneva last week. He basically said that the cause of the Palestinian refugee issue was not so much the dispossession of the majority of Palestinians from their homeland by Jewish militias during the 1948 war and refusal of Israel to enable their right to return under resolution 194. He said rather that it was the establishment of UNRWA [United Nations Relief and Works Agency for Palestine Refugees in the Near East] which has perpetuated the refugee status by applying unique criteria to it. And I just wonder whether either the Secretary-General or UNRWA has made any response to this statement.

Associate Spokesperson: No. We don’t go into the lengthy history of how the refugee crisis started. As you know, the historians may have differing interpretations of what brought on the refugee crisis. UNRWA, it should be stressed, was established in response to the refugee crisis. And, as you know, the presence of the United Nations Relief and Works Agency throughout the region is designed to deal with the number, the very large number of Palestinian refugees throughout the region. If the situation can be resolved and the situation of the Palestinian refugees can be addressed fairly, then UNRWA’s work will have been done, but at this stage, we are not there. It has a lot of work in a lot of countries with, as you know, tens of thousands of people.

Question: Excuse me, is there no response to the statement by [Deputy] Foreign Minister Ayalon that UNRWA is perpetuating the status of the refugees?

Associate Spokesperson: I wouldn’t react to specific comments. Over the years people have disagreed and have had their own interpretations of…

Associate Spokesperson: Like I said to you just a second ago, the creation of the United Nations Relief and Works Agency was in response to the refugee crisis. It is there to handle the situation, the very large situation of refugees across the region that had erupted. And its existence over the decades is testament to the fact that, throughout this time, the situation of the Palestinian refugees remains to be resolved. Yes?

Read article in full
Posted by bataween at Monday, December 19, 2011