Even UNWRA admits Jews were refugees 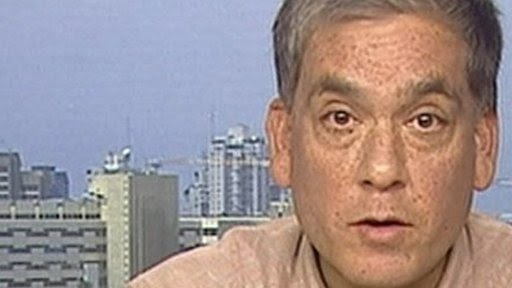 Barely five days after it was released, The truth about the Refugees, Danny Ayalon's third video, is racking up tens of thousands of views and some strong comments, the Chinese News agency Xinha reports. One angry reaction has come from UNWRA's spokesman Chris Gunness. In order to dismiss Ayalon's parallels between Jewish and Arab refugees, Gunness refers to a 1950 UN document in which the Israeli government refuses UN intervention, as it was willing to absorb the Jewish refugees as full citizens. Gunness not only admits that the new arrivals were refugees, but proves Ayalon's point: that the Jewish refugees were offered the full rights that Palestinians are denied.

A brief animated YouTube video recently released by the Foreign Ministry focusing on the Palestinian refugee issue has drawn tens of thousands of page views so far, as well as arousing strong pro and con sentiments.

Deputy Foreign Minister Danny Ayalon last week posted the five- and-half-minute long clip, entitled "Israel Palestinian Conflict: The Truth About the Refugees." In it, he compares the disparity in treatment by the UN High Commissioner for Refugees (UNHCR) of Palestinian refugees, to that of other refugee groups which have been resettled in other areas.

However, United Nations Relief and Works Agency for Palestine Refugees in the Near East (UNRWA) Spokesman Christopher Gunness told Xinhua on Sunday that Ayalon's "arguments distract from the real issue which is resolving the plight of the 'Palestine' refugees, because all internationally accepted paradigms for resolving the conflict envisage the refugee question resolved within the context of a just and durable solution, in consultation with the refugees themselves, based on international law and UN resolutions."

"Abolishing UNRWA and handing the refugees to UNHCR simply pass the issue to another refugee agency without dealing with the root causes; moreover the refugees are human beings with fundamental rights and whoever is assisting them those rights must be fully respected," Gunness added.(...)


"The refugee issue is a core element towards finding a solution to our conflict and in its broader context would have to address both the Palestinians and the Jewish refugees from Arab lands," Ayalon said, noting that "Jewish refugees also require redress."

But according to Gunness, a UN document in 1950 shows that the Israeli government has specifically requested that the UN not intervene in the resettlement of Jews from Arab lands, since the Jewish state was willing to absorb them.

"Recent discussions with the Israel Government indicate that the idea of relief distribution is repugnant to it," read the early report of the UNRWA, "It was stated that they (Jewish refugees) all have status as citizens of Israel and are entitled to treatment as such."(My emphasis)

Read article in full
Posted by bataween at Monday, December 12, 2011

Things like this make me so proud of my Jewish heritage.


"Recent discussions with the Israel Government indicate that the idea of relief distribution is repugnant to it," read the early report of the UNRWA, "It was stated that they (Jewish refugees) all have status as citizens of Israel and are entitled to treatment as such."(My emphasis)


We can look after ourselves thank you very much. :) And it worked out for the best.

I have always been proud of my heritage. no one can take that away from me.
Of course we Jewish refugees simply melt in the population of the countries is which we are, not so the Arabs, they prefer holding out their hands and weeping: lellah, lellah.
I remember once in Egypt and I was still a schoolgirl an Arab girl passed me by and spat on me saying "yehoudeya bent calb". I threw my schoolbag and ran after her till I caught her and gave her a good hiding. She kept screaming "Elhanouni", help me. And people had to separate us. But what a satisfaction.
We will not even to satify the world show ourselves as beggars!
suzy vidal

You think people like Silverstein will admit that the refugees were ethnically cleansed from Arab countries with this 'revelation'?

Sorry. Thought some humor was warranted this morning.