The algorithm of malice, by Melanie Phillips 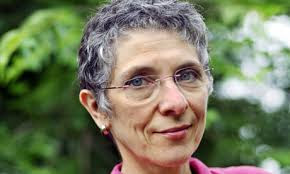 At last, in a mainstream mass circulation British newspaper, The Daily Mail - the incomparable Melanie Phillips puts the case for Jewish refugees. The trigger is the latest video by Danny Ayalon, Israel's deputy foreign minister, indicating that finally the Israeli government is throwing its weight behind the issue. Read every word! (With thanks: Michelle)

Israel’s deputy foreign minister, Danny Ayalon, has just released the third of his little information videos setting out certain essential facts about Israel and the Arabs to counter the lies of the delegitimisation campaign. You can watch it here. Those who dismiss this as just more Israeli propaganda should think again. For it states truths which are absolutely fundamental to the conflict between the Arabs and the Jews, but which have been turned on their heads and replaced by equally fundamental lies (the kind of lies absorbed and regurgitated by all too many who post comments below this blog).

There are two big and connected points made by this little video. The first is that the widely-held belief that the Arabs were the only refugees from the Arab war against the newly reconstituted country of Israel (a war which started in 1948 and continues to this day) is totally untrue. There were many more Jewish refugees from Arab countries. As a result of the 1948 war, some 500,000 Arabs left Palestine – most of them as a result of having been told to do so by Arab regimes certain of destroying the new Jewish state. But some 850,000 Jews were then attacked, stripped of their citizenship and ethnically cleansed from their homes in Arab states -- causing the destruction of ancient Jewish communities in those countries which had well predated the arrival of Islam in the Middle East. And what happened to those refugees? They were absorbed without fuss into Israel, where they form around half of the population, and into other countries.

The second point which is crucial to an understanding of this conflict is that the Palestinian refugee issue is entirely artificial and bogus. Not only were the Arabs from Palestine deliberately refused access to other Arab countries in order to turn them – as a UN refugee official admitted – into an open sore as a weapon to be used against Israel. Even more astonishingly, the UN itself was a party to this malevolent strategy.

To that end, while in every other conflict refugees are defined merely as people who flee their homes, the UN decided that amongst the Palestinian Arabs refugee status would be transmitted from generation to generation. As a result, the number of Palestinian Arab ‘refugees’ has not diminished but risen over the years from 550,000 to 4.7 million. These are the people who are now said to deserve the ‘right of return’ to Israel.

Of course, the idea that 4.2 million of these people are actually refugees is totally absurd. If that standard was applied generally, the entire Jewish diaspora -- not to mention untold millions around the world who have been settled for generations -- could suddenly claim refugee status. The UN bestowed this unique status upon the Palestinian Arabs for one reason only – to create an algorithm of malice that could be used as a weapon against the Jews.