Musings on maids, dhimmis and Jews 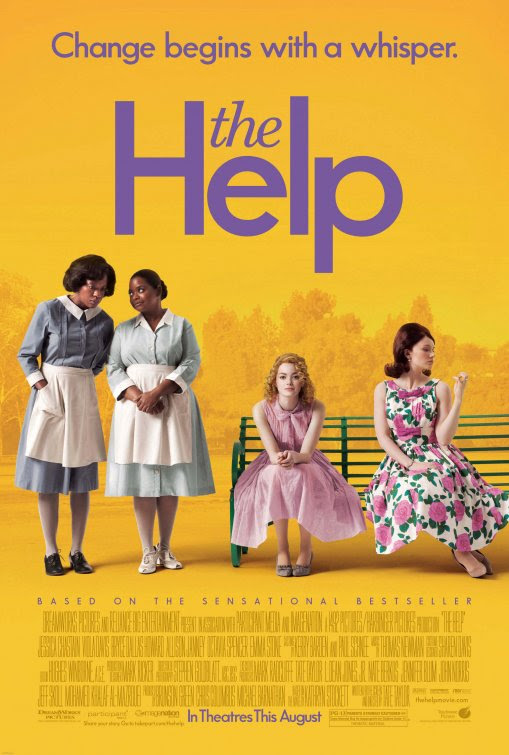 I've been thinking about the controversial Spielberg blockbuster The Help. It's been playing to packed houses across the globe. The film is set in the early 1960s in Mississipi, when blacks (then known as 'coloreds') were at the height of their campaign for civil rights. It's about black maids and their white mistresses.

Slavery had been abolished in the USA 100 years earlier, but 'Jim Crow' laws still enforced segregation on buses, in restaurants, in shops, on park benches.

I was struck by certain similarities between the treatment of blacks and 'dhimmi' Jews and Christians. Although segregation was never official in the Muslim world, Muslims, Jews and Christians under Ottoman rule lived quite separately from each other. Where dhimmi rules were enforced strictly in some regions of the Arab and Muslim world (sometimes they were not, depending on the ruler), dhimmi Jews, like black maids, were caught in an economic and social bind - forced by lack of choice to serve their masters.

The black maids lived in what amounted to ghettoes and were bussed in daily, wearing their uniforms. They were not allowed to use the toilet in their employer's home. In Morocco Jews had to wear distinctive clothing and live in ghettoes, or Mellahs. Both blacks and Jews had to submit to their masters' caprices and humiliations without a murmur of protest.

The worst conditions for dhimmis prevailed at the outer fringes of the Ottoman empire. The worst jobs were reserved for the Jews. In Morocco, the Jews were tasked with salting the heads of beheaded criminals - hence the term Mellah* - placed on spikes on the city walls. There were times and places when the Jews were little different from serfs. A subclass of Yemenite Jew was forced to clean the sewers.

In Iraq, the chore of clearing the septic tanks fell to Christians. Even today, the Copts collect the rubbish in Cairo.

As inferiors to Muslims, Jews could not employ Muslim maids, or suffer the consequences. In the Moroccan town of Entifa in 1879, as related by Martin Gilbert in In Ishmael's House, a 65-year-old Jew, Jacob Dahan, took in a poor Muslim woman during a severe famine. In return for being fed and housed, the woman worked in his house. But when the governor found out he declared, 'Can a Jew have a Moorish woman to serve him? He deserves to be burnt!" Dahan was nailed to the ground and beaten to death.

As they became emancipated in the 1930s and 40s under colonial rule, it became more and more common for the emerging middle class of prosperous Jews to employ Muslim maids in North Africa. (In Iraq, this was not so common - domestics tended to be Jews. When most of the poorer Jews left for Israel, Jewish families employed Christians.)

But in 20th century North Africa, Jews employing Muslim maids became a major source of friction between Muslims and Jews. The Muslims resented the Jews - more educated, more prosperous, and more successful - for inverting the laws of nature. Just one factor behind the marginalisation, and eventual uprooting of the Jews.

* Originally the Mellah referred to a place where food was salted. It was only later that it was used as a derogatory term to denote Jews as outcasts.
Posted by bataween at Monday, November 14, 2011

That poor man! What a hellish cult that rewards evil and punishes good!! ;((

Just a little correction: "Mellah" means salt station. That is where caravans brought the salt and the meat was salted (only means of preservation until this century).
That story of beheaded heads being salted is just a malicious rumor.

Dear Sylvia
The story of salted beheaded heads is on Dafina http://www.dafina.net/themellah.htm
I'm going to ask some experts for their view.

yes, please do ask experts to tell us the truth about salting the beheaded... what a horrendous story!!!.
we had two young Arab apprentices workig for my mother they went to the police and told them how my mother insulted Nasser! (it ws true). the Shawish, policemen came to get her and put her in jail. Luckily one of our very good friends was head of some police department and he liberated her the next day!After that nothing on earth could convince my mother to stay!
If you are interested to know what she kept repeating, it was "Yekhreb betak ya Nasser" i.e. may your house be destroyed!
.

Oh Suzy, I love a good Arabic insult. In fact I am tempted to start collecting them!

I have a question, I know this is a little off on your story though. The Coptic Christians in Egypt are being murdered, just like they were in other Islamic countries. Will they US ever open their doors freely to them before it's too late? I know in Afghanistan there are no longer any Christians there or churches. It happening in Syria, Iran, Egypt, Iraq.. I know the US has opened doors to I think Iraq, but that's it. There are so many Christians that are trying to flee the pursecution, but are having doors slammed on their faces. Only a few get away if they are rich enough basically. I have a friend there, and they said that the US Embassy isn't giving out any Visitor/Tourists Visas at all. What can one do???