Lest we forget: 64 years ago tomorrow 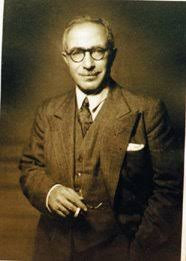 Muhammad Husayn Heykal: warned Jews would be at risk

The Arab rejection of UN Resolution 181 on the Partition of Palestine on 29 November 1947 unleashed a wave of violence not only in Palestine but across the Arab world. It claimed the lives of hundreds before developing into full-scale war.

From November 30, 1947 to February 1, 1948 427 Arabs, 381 Jews and 46 British were killed and 1,035 Arabs, 725 Jews and 135 British were wounded. In March alone, 271 Jews and 257 Arabs died in Arab attacks and Jewish counter-­attacks. These were not military, but terrorist attacks against civilian targets intended to achieve political aims for the Arabs who were dissatisfied with the United Nations Partition Plan.

Arab anger was not limited to Palestine : Dr Muhmmad Heykal, chairman of the Egyptian delegation, warned the Palestine Committee of the General Assembly that the lives of a million Jews in Muslim countries would be jeopardised by partition.

Jamil al-Husayni, representing the Arab Higher Committee was even blunter:

"It must be remembered by the way that there are as many Jews in the Arab world as there are in Palestine whose positions, under such conditions, will become very precarious, even though the Arab states may do their best save their skins. Governments in general have always been unable to prevent mob excitement and violence."

Evidence - if evidence were needed - that the Arabs of Palestine did not see themselves as separate from the wider Arab world, and that all Jews living amongst Arabs were considered fair game for attack.

November is the cruellest month
Posted by bataween at Monday, November 28, 2011

No I don't think I can forget. By the way this phrase translated (LEST WE FORGET) is "afin que nul n'oublie"and it was the main reason for writing THE JASMINE NECKLACE TRILOGY"
But we must face reality: people are forgetting and even those who have come out of Egypt a second time.they forgot the horrors we went through and as I said before NOW LET US LIVE IN PEACE IN CIVILISED
COUNTRIES'
eLHAMDELLELA!We escaped with our lives, what more do we want?
sultana latifa
sULTANA lATIFA