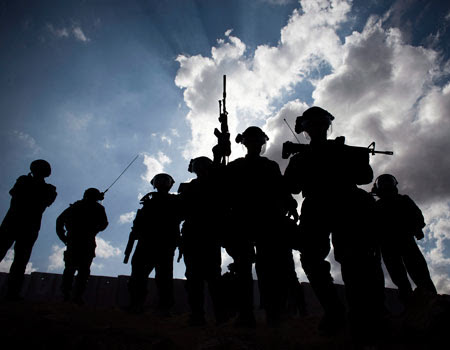 Israel's parliament or Knesset has received a request by an Iranian soldier asking to be allowed, along with his formerly Jewish family, to move to Israel, Yedioth Ahronoth reports. His parents converted to Islam, he claims.

The unusual request was addressed to Knesset Member Danny Danon, chairman of the Immigration, Absorption and Diaspora Committee which recently held a closed-door discussion regarding Iranian Jews. Mossad representatives took part in the meeting.

In his email message, the Iranian soldier said he served in the Iranian military and has Jewish roots. He claimed his parents had become Muslims out of fear of the regime, but that his grandparents were Jewish and he sees himself as a Jew. He therefore requested assistance in moving to Israel.

The soldier also asked for instructions on how to leave Iran and reach Israel. He noted his dream is to live and study in Israel.

Mossad representatives recently told a Knesset committee that Iranian passports are issued only after mandatory military service is completed. As Jews do not serve in the military, they are forced to pay bribes to get passports. In this case, it appears the soldier was recruited seeing as his parents had become Muslims. He has now decided to return to his Jewish roots.

Read article in full
Posted by bataween at Friday, November 04, 2011

Email ThisBlogThis!Share to TwitterShare to FacebookShare to Pinterest
Labels: Iran/Israel, Jews of Iran

I'd hate to have to rely on the Knesset for my safety. Would you?

Come to think of it, this is exactly how Elie Cohen was caught and lost his life.

Given Israel's track record of successful clandestine evacuations from Ethiopia and elsewhere, I am going to guess that at least some in Israel don't believe the request, so have chosen not to keep it secret.

and now that everyone knows about that, what are this Iranian's chances of ever becoming an israeli?
Especially now that there are rumors of an attack by G.B., US and Israel?
We sould learn how to keep secrets instead of going about "toot be zomara"(blowing the trumpet for all to come out of their homes to listen!!!)

Michelle that was then. Today all tongues are loose. There is an unbearable constant chatter that just makes you cringe. Those young MKs either don't understand the consequences or they use the issue for what they view as higher goals.