British press discovers that there were Jews in Iraq

Devotees of Point of No Return will have learned two months ago that the seven (actually six) remaining Jews of Iraq are in danger, after their names and addresses were leaked in a Wikileaks cable. But the news is only just becoming mainstream, as this piece in the Daily Mail (and a piece in yesterday's Times) shows. The reason Iraqi Jews have suddenly become news is a BBC radio programme (tonight, 8pm, Radio 4) made by its creative director of Iraqi-Jewish descent, Alan Yentob. While it is wonderful that the British masses may at last learn that Jews lived in Arab countries, it is a shame that the programme is treated as Alan Yentob's personal story, shorn of its wider political implications for the Arab-Israeli conflict. 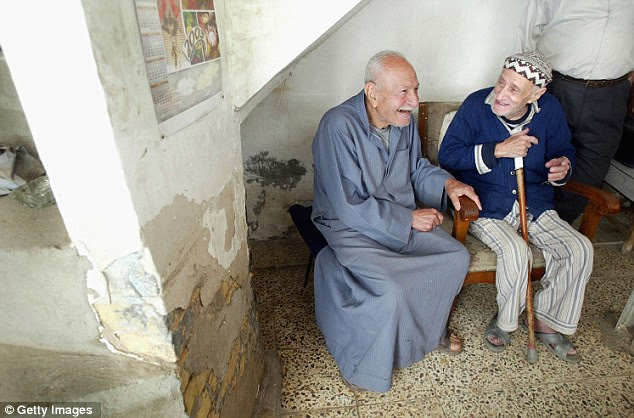 The seven remaining Jews in Baghdad have been named by WikiLeaks, leaving them in danger of persecution, according to the city's Anglican vicar.Their lives are now in immediate danger, according to Canon Andrew White, and they’ve been advised to hide their religion.

Canon White said Baghdad’s Anglican Church is trying to protect them, as they fear extremists might try to kill them if they’re identified.WikiLeaks published diplomatic cables from Baghdad which named the individuals of the small Jewish community.

And now the American Embassy is trying to locate any Jewish diplomats who could help the exposed individuals take part in religious ceremonies safely, to make up the number they’re required to take part in under Jewish Law. A documentary on the dangers they face and the exodus of Jews from Iraq is to be broadcast on BBC Radio 4 tomorrow.

The programme, by the BBC’s creative director Alan Yentob, said that for 2,600 years, a thriving Jewish community lived in Mesopotamia. A third of Baghdad’s population was Jewish by the end of the First World War but they were forced to flee during the Second World War, which saw 180 killed in one day.

Jews living in Iraq were then branded Zionists and traitors after the creation of Israel in 1948 and when Iraq sent an army to fight in Palestine, Yentob says in the programme.

Only 6,000 Jews were living in Iraq by the 1960s and today only seven remain in the capital.The Anglican church in Baghdad is also trying to keep safe abandoned Jewish shrines in Iraq.

The Last Jews of Iraq will be broadcast on BBC Radio 4 at 8pm on Tuesday (29th November).

Read article in full
Posted by bataween at Tuesday, November 29, 2011

JESUS IS LORD, and believe in your ♥ that GOD hath raised HIM from the dead, thou shalt be saved, and thy house. (Refer to THE HOLY BIBLE: ROMANS 10:9 and ACTS 16:31b).

Have you received THE LORD GOD OF ISRAEL’S MOST BELOVED and ONLY BEGOTTEN SON, THE LORD JESUS CHRIST, to be your personal Lord and Savior?

If not, say this prayer: “LORD GOD, please forgive me of my sins. Thank YOU for YOUR Faith...fulness in always being with me and loving me so much to send me YOUR MOST BELOVED and ONLY BEGOTTEN SON, THE LORD JESUS CHRIST, to die on the cross for me. I receive HIM now into my heart and life to be my Lord and Savior. I pray this in the name of GOD, THE FATHER; GOD, THE SON; and GOD, THE HOLY SPIRIT. † Amen.”

“So let everyone in Israel know for certain that GOD has made this JESUS, whom you crucified, to be both Lord and Messiah!” ACTS 2:36.

Visit and share this with family, friends, fans, and followers: http://www.BIBLEstudycd.com/Lessons.html.

May you be blessed abundantly!

it's time for me to insert my joke
A Jew dies and goes to heaven but he keeps saying "oh my God"
God appears and asks: what are you crying about?
Oh my God, Oh my God!
Now tell me why you are calling me.
Oh my God, my son converted!
Well so did mine, answered the Lord.
And what did you do dear God?
I made a NEw Testament!!!
suzy vidal

you should try and get hold of "Le dernier Juif d'Alexandrie ", French TV!
heartbreaking......
suzy vidal

Would you have more details about 'Le dernier juif d'Alexandrie'? Who made it and what channel was it shown on and when. I would love to get hold of it.

sorry but I can't pin point that documentary. it was however great. It must have been on ARTE, a program that shows intelligent things.
suzy

Thanks Raphail. I think Joe has since died.