Jewish pig farmer will put Tunisia to the test 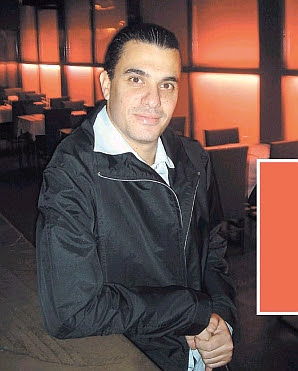 If anyone is going to prove that Jews in Tunisia have a future after last week's elections - it is Patrick Sebag.

While Sebag's interests - pig-farming and distilling alcohol, among others - may be unusual to us, to the resurgent Islamists of the Ennahda party, winners of 40 percent of the vote, they will seem a red rag to a bull - breaking two Muslim taboos at once.

Yet according to an upbeat article in the Tunisian magazine Tunisie-Mag, Sebag, who owns one of Tunis' top disco-bars and a tourist village, has chosen this critical time in Tunisian politics to announce that he will be investing 250,000 dinars in G'est Hotel, a new tourist village.

Another Tunisian-Jewish property developer active in Djerba, Gabriel Kabla is about to invest 150,000 dinars.

The article triumphantly declares that despite predictions of a mass exodus when the Arab Spring erupted, Tunisia is still home to some 1,500 Jews. This is all the more remarkable as the Jews are strongly identified with the deposed Ben Ali regime.

But Jews are attempting to engage with the new political reality. Not one, but two Jews have stood in the elections - Elie Trabelsi and Gilles-Jacob Lellouche. (Neither was elected.)

This accounts for his mealy-mouthed pronouncements to journalists, trying to put a brave face on the election results.

It would be nice to share in Tunisie-Mag's optimism, but the Ennahda party intends to impose an Islamic state governed by Shari'a law. The Jewish entrepreneurs are secure in the knowledge that they can always decamp to France if things don't work out. And Roger Bismuth would do well to remember Churchill's words, “An appeaser is one who feeds a crocodile - hoping it will eat him last”.

If he didn't exist they'll have to invent him. To symbolic to be true. Now they have an excuse.

He'll be arson-ed away soon enough.

I wish both men the absolute best and hope sincerely that they succeed!!
PS Empress Trudy, I love your dog! :)

And who is he going to sell pigs to? Even secular Tunisians wouldn't eat pork, just like you don't find pork in Israeli supermarkets.
I don't know, but it looks to me like useless provocation. Pigs and alcohol are the two things forbidden in any Muslim (even nominal Muslim) society which is why I find this news highly suspicious.

Sylvia and Suzy,
Sebag has not suddenly decided to go into pig farming and distilling alcohol to provoke the Islamists. He has been in these businesses at least since 2005, so he must have identified a market for these products some time ago.
In the Jerusalem Post interview he gave to Orly Halpern, he sees himself as 'almost untouchable'. Let's see if he remains so in the new Tunisia.

I still find it suspicious. This is a country that just elected the Muslim Brotherhood by almost 50%. Yes, there is alcohol in all those countries - but it is not sold openly.

I'm sorry, but I do not see any Muslim, eating ghanzir (porc)

so I totally agree with Sylvia
suzy vidal

Alcohol is sold openly in Tunisia..in restaurants, pubs, supermarkets everywhere...it is a laique country and will remain..the only reason why too many pple voted Ennahda is because they want to guarantee theur freedom in going to mosque and in wearing Hijab (Islamic dress) which was not allowed previously..Pig market is also developed, many tunisians eat pigs but mostly tourists eat pigs and it is available in all hotels, even in many fast food..If you don't know Tunisia, don't give your speculations!!!

But how long with Tunisia remain secular?
Ennahda will not remain content to guarantee the freedom to worship in a mosque - it has already shown its hatred of Jews (not Israelis - Jews) when it welcomed the Hamas leader Haniyeh.
The next thing is that all women will be made to wear the veil.