A Kurdish visitor to Israel who was jailed in the same Syrian cell as the famous spy Eli Cohen has told Cohen's family that the spy believed he was betrayed by a close associate. Dawood Baghestani, the editor of the Israel-Kurd magazine, had seen Cohen's words carved into the walls of his cell. On his visit to Israel Baghestani met Professor Shmuel Moreh, with whom he had been in correspondence, and was interviewed on Israeli TV by Dan Margalit. Report in Ynet News. (With thanks: Iraqijews)

"I don't regret what I have done, only what I could have done and didn’t have the chance to do. Sometimes close friends fail those who can act" – this was the last statement apparently made by Israeli spy Eli Cohen in 1965, carved onto his prison walls just days before he was executed.

Cohen was on an intelligence gathering mission in Syria when he was caught by Damascus security forces in January 1965, and later hung in Damascus' main square. The information he delivered is said to have been an important factor in Israel's success in the Six Day War.

This new testimony was brought to light by Dawood Baghestani, a former Syrian prisoner who today serves as the editor in chief of the English-language "Israel-Kurd" magazine, which is published in Kurdistan. 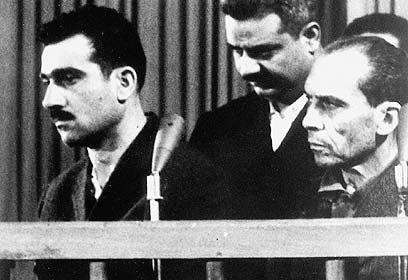 Baghestani met Sunday with Cohen's widow Nadia and his younger brother Avraham. The meeting was set up by Professor Shmuel Moreh, emeritus professor of Arabic literature at the Hebrew University in Jerusalem.

"We've been corresponding via email for years," Moreh told Yedioth Ahronoth on Monday. "Last week he told me that in the early 1970s he was arrested by the Syrians and that his guards told him he was being held in the same cell as Eli Cohen was."

According to Moreh, while in prison Baghestani discovered sentences signed by Cohen carved into the cell walls. They said that Cohen did not regret his actions and was aware of the fact that some – who were under the impression they were helping him – were actually impeding his actions.

"I knew Cohen's family had to hear it first hand, so I arranged this meeting," Moreh said.

Baghestani, who was imprisoned five years after Cohen was executed, said that some time after he was released, he met another Kurdish rebel who was held prisoner is Syria while Cohen was still alive. According to the other inmate, Cohen believed he was imprisoned "because of a close associate."

Email ThisBlogThis!Share to TwitterShare to FacebookShare to Pinterest
Labels: Jews of Syria, Kurds

I pay tribute to Elie Cohen.
When I visited Israel after leaving Egypt, my aunts told me about him and his suffering.
It reminds me of a very serious French saying:
"Mon Dieu, protegez moi de mes amis, je m'occupe de mes énemies"
How terrible to betrayed by a "friend"
suzy vidal