Did Roosevelt save the Jews of the Middle East? 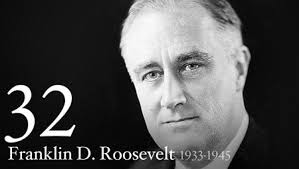 The answer, as far as Jonathan Tobin on the Commentary blog Contentions is concerned, is no. The fact Jews of the Middle East were largely spared the Holocaust was incidental to FDR's plans. (With thanks: Eliyahu)

You’d have to go far to find one as foolish and patently disingenuous as the piece that appeared in the most recent issue of the Forward by former Manhattan district attorney Robert Morgenthau and New York University Law Professor Frank Tuerkheimer. They claim Roosevelt’s “Germany first” war policy saved the Jews of the Middle East. But the notion the fate of the Jews had even the tiniest impact on his decision is not only unproven; it is absurd.

It is true that had the United States decided to concentrate its forces for a counter-attack on Japan in the aftermath of Pearl Harbor that may well have prolonged the war in Europe. It is also conceivable though not likely such a decision would have led to a complete British collapse in North Africa. If that had happened, it might have led, as Morgenthau and Tuerkheimer assert, to the fulfillment of the dreams of Haj Amin Husseini​, Germany’s Palestinian Arab ally, who wished to bring the Holocaust to Palestine. Had Germany held North Africa longer, it might also have led to the complete destruction of the Jewish communities of Libya, Tunisia, Algeria and Morocco.

But before we begin the hosannas to FDR’s choice that saved the Jews, it should be understood that the documentary evidence shows Jewish considerations played no role whatsoever in this decision. “Germany first” was based on military and political criteria that centered on the survival of Britain and the realization that Hitler’s Germany was a far greater threat to the United States than Imperial Japan. This did go against the grain of American public opinion in December 1941, which thirsted for revenge against the Japanese. But FDR had settled on this policy even before America entered the war. Neither at that time nor in the early months of the American war effort was there any interest in Washington in the life or death of Jews in the Middle East or those already in the clutches of the Nazis for that matter.

As for Husseini’s Holocaust fantasy, though the documents about his plot that have recently been uncovered give proof positive of Palestinian Arab complicity with the Nazis, the chances of their fulfillment were minimal. Though Rommel’s victories scared the Allies, the inability of the Germans to maintain a secure supply line to his forces via an Allied-dominated Mediterranean Sea doomed his chances of ever entering Cairo, let alone Jerusalem and Tel Aviv. Germany’s priority during this period was the invasion of the Soviet Union, where their conquests led directly to the slaughter of two million Jews.

I'll tell you something which you certainly know:
the Jews were saved in Egypt thanks to General Montgomery in El Alamein, that was in 1942/ He stopped Romel and his troops from entering Egypt.
Already some Egyptians had been preparing to hand us over to the Germans.
We were very lucky to have MONTY.
suzy vidal

Suzy, you probably know that Nasser and Sadat and their friends in the Free Officers group were collaborating with the Germans to help Rommel conquer Egypt. But did you know that in his early book, Revolt on the Nile [Revolte sur le Nil], Sadat bemoans the failure of the Egyptian plotters to help Rommel conquer Egypt, which he wrote, might have helped the Germans win the war? He goes further and blames the failure of the Free Officers plot --also involving General Abdul-Aziz al-Masri-- on Egyptian Jews who found out about the plot --he wrote-- and notified the British. So, Suzy, according to Sadat, those Egyptian Jews helped to defeat the Nazis. Kol haKavod.

it's wonderful to hear that!
I was a kid when General Montgomery won the battle of El Alamein, but I remember my nightmares concerning Germans runnong after me with knives
As for Sadat, he was a very religious man and probably had misgivings about delivering Jews to the Nazis.
As for Nasser, he was so antisemitic that, had he lived, God knows what would have become of us
suzy vidal