The Middle East refugees you never hear about 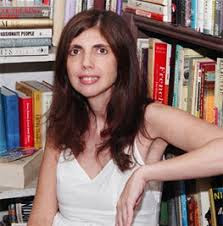 The storming of the Israeli embassy in Cairo last week was just the latest instance in a tawdry tradition of Egyptian antisemitism. Lucette Lagnado's father Leon, the main character in The Man in the White Sharkskin Suit, along with hundreds of thousands of other Jewish refugees from Arab countries, was an earlier victim - writes Robert Fulford for CiC Scene.

Exiled in New York, stripped of everything he once owned, Leon Lagnado ached with nostalgia for the Cairo of the 1940s, the exciting and endlessly promising city of his youth. He was one of history's victims – in this case, the rancorous history of the Middle East.

It was a humiliating moment for Israel. It was also a dismaying event for everyone who cherishes pleasant feelings about the great city Lagnado once knew. In the 1940s, Cairo was sometimes called the most cosmopolitan city in the world. From the start of the 19th century to the middle of the 20th, it was tolerant in outlook and multiracial in population, incredible as that seems in 2011. Today, it's a grim monoculture.Lagnado was a prosperous Jewish businessman who socialized with British officers and French merchants. Christians, Muslims and Jews often lived in the same buildings. Their children studied and played together. Lagnado, who liked to gamble, was once invited to join King Farouk at poker. In those days, 80,000 Jews lived in Cairo. It was Lagnado's home and his family's home, until suddenly it wasn't. After the founding of Israel, Egyptians decided that their Jews had to go home, though many of them had never known any home but Egypt.

The Egyptians began acting like 1930s Nazis. They confiscated Jewish bank accounts and fired Jews from government jobs. They withdrew professional status from Jewish doctors, engineers, lawyers and teachers. In 1960, the military governor of Cairo published an article praising the Protocols of the Elders of Zion and its account of Jews conspiring to rule the world. The Egyptian government distributed throughout Africa a pamphlet, Israel, the Enemy of Africa, slandering Jews as thieves and murderers.

There were pogroms, riots and synagogue burnings as well as racist propaganda. Still, the Lagnados were so optimistic that they stayed 'till 1963. That year, when the six of them were finally forced to leave, they were allowed to take 26 suitcases and $200, the financial limit imposed by the government.

Lagnado died an unhappy pedlar of neckties on the streets of Manhattan, having never learned American ways. We know his melancholy story because in 2007 his daughter, Lucette Lagnado, a Wall Street Journal reporter, erected a lovely monument to him in the form of her book, The Man in the White Sharkskin Suit. (She recently brought out a second memoir, The Arrogant Years, about herself and her mother.) The expulsion of the Lagnados was a tiny part of a pattern stretching across the Middle East. In reaction against Israel, one country after another – Iraq, Algeria, Iran, Yemen, etc. – decided it could no longer tolerate Jews. Across the region about 800,000 became refugees. Many ended up in Israel. The rest scattered around the world. Their existence is no secret, but they are seldom talked about except in nostalgic books such as Lucette Lagnado's. There's no separate UN agency for them, as there is for Palestinian refugees. No one describes the expulsions as "ethnic cleansing," though that's what they were.

The World Organization of Jews from Arab Countries, which tries vainly to obtain compensation from the rich Middle East countries, has estimated that Jewish property confiscated by governments would be valued now at $300billion. The land that the Jews were forced to leave behind amounts to about four times the size of the current state of Israel.

There will be a demonstration on behalf of the Forgotten Refugees this Sunday 25 September in Trafalgar Square, London at 3 pm.
Posted by bataween at Thursday, September 22, 2011

wish I could be in London!!!

However if you want to rid yourself from this incredible self- inflicted nostalgia about your former country, watch a documentary called "GOODBYE MUBARAK", you will be shocked to your very bones on seeing what Egypt has become without us!!!
sultana latifa
a former Jewish refugee from Egypt