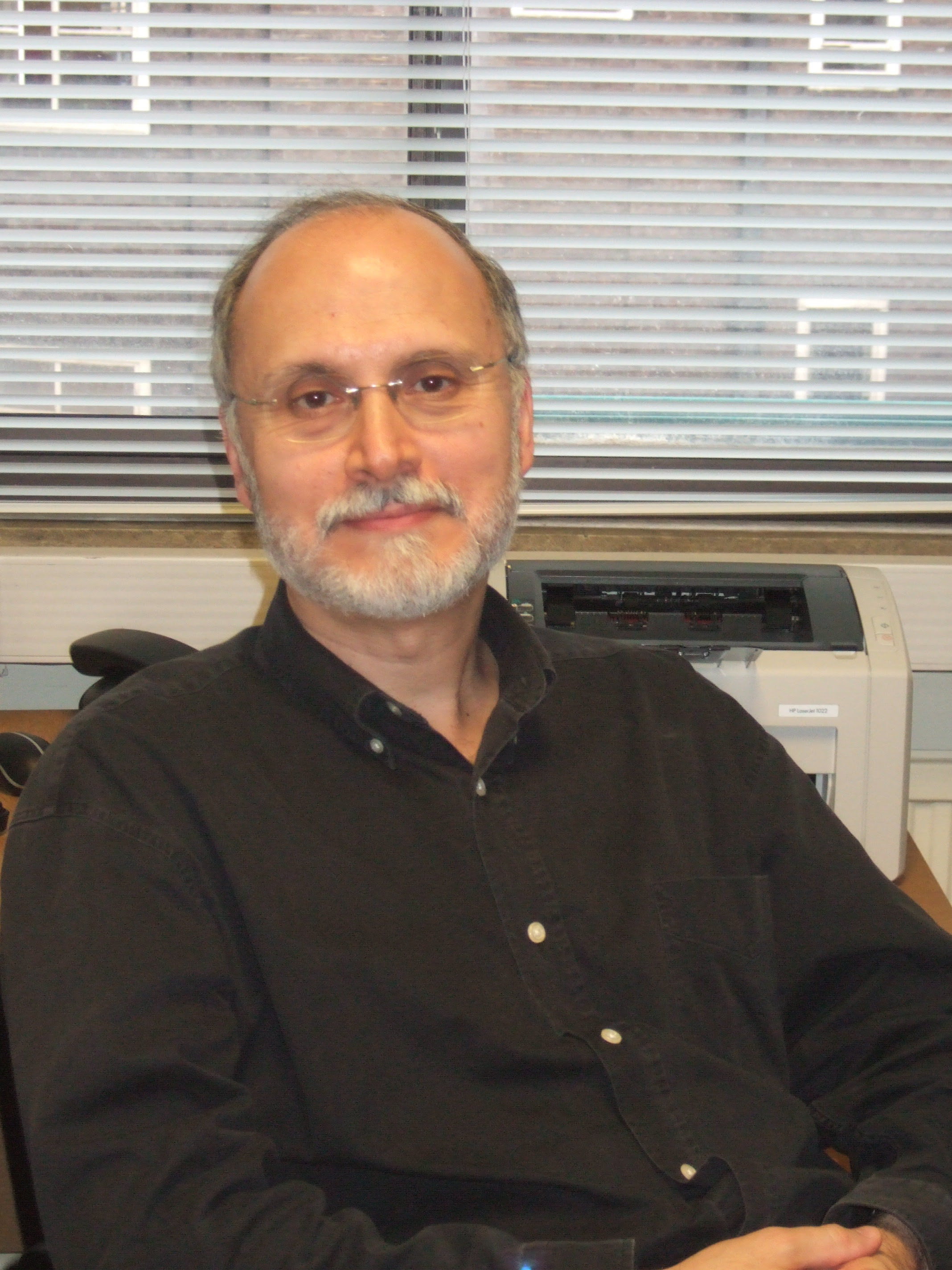 The battle lines are drawn for the latest academic skirmish concerning the Arab relationship with Nazi antisemitism, as reported by Engage website. Mattias Kuntzel and Colin Meade take issue with Gilbert Achcar, author of The Arabs and the Holocaust. His anti-Nazism is subordinate to his anti-Zionism, they argue, and Achcar's fundamental concern is with the notion that Israel is responsible for both antisemitism and Holocaust denial (which Achcar disparages as 'the anti-Zionism of fools'). Achcar's all-too brief rebuttal trades insults of 'intellectual dishonesty' with Kuntzel and Meade, but nowhere does he explain, as one commenter points out, how come non-Zionist Jews in Arab countries were singled out for punishment. (With thanks: Veronique)

From Kuntzel and Meade's critique:

“A straightforward and logical structure”, thinks the reader, as he opens the book with eager anticipation. Alas, the experience of actually reading it confirms the verdict of two history professors, Stephen Howe and Jeffrey Herf, that “Achcar is a man at war with what he has written in his own book“1 and “a combatant, and even victim, in such a war within his own pages.“

"Another way of putting it would be: this is a book in which an author from the political left seeks to protect the dogmas of Western anti-Zionism from the reality of Arab antisemitism.
On the relationship between Nazism and pan-Islamism

Achcar is probably the first anti-Zionist author to describe and criticize the ideological affinity between National Socialism and Pan-Islamism in the 1930 and 40s. He emphasizes “the sympathy, … that Islamic fundamentalists generally felt for Nazism, both in the Nazi period and later“ and confirms what others have written before him: that the most important spiritual mentor of the Islamist movement was a pro-Nazi Egyptian religious scholar, Rashid Rida. Rida “legitimized his sympathy for Nazism by treating it as the instrument of God’s will, sweeping aside heresies and false beliefs, corrupt versions of Islam among them, and thus clearing a path for the ultimate triumph of the Muhammadan revelation.“ The rationale for the affinity between Pan-Islamism and National Socialism “is plain” writes Achcar: “the common enemy was not Britain, as is too often believed, but the Jews.” Achcar then moves on to a critical examination of three of Rida’s most prominent pupils.

The first is Amin el-Husseini, the Mufti of Jerusalem, who “espoused the Nazis‘ anti-Semitic doctrine“. His position, states Achcar, “is, down to Husseini’s eulogy of the Final Solution, perfectly consistent with Nazi anti-Semitism.”

El-Husseini maintained this position until his death in 1974. As Achcar points out, he never concealed his “enthusiasm for Hitler“ or his belief in the “Nazi notions of a world Jewish conspiracy“.

“The rather embarrassing fact is that Küntzel’s analysis of al-Banna, Husseini, the Muslim Brotherhood, Sayyid Qutb and Islamism in general runs along the same main lines as Achcar‘s own account of the Pan-Islamist reactionaries from Rashid Rida onward,” states historian Jeffrey Herf with reference to Matthias Küntzel’s Jihad and Jew-Hatred. Nazism, Islamism and the Roots of 9/11 (New York, Telos Press, 2007), translated by Colin Meade.

The third is Iz-al-Din al-Qassam, the first Palestinian jihadist who had ties to the Saudi Wahhabites and remains to this day the idol of Hamas. Again as regards Qassam and his supporters Achcar points out “the anti-Semitic affinities between Wahhabi-type fundamentalism and Nazism”. Achcar describes the action by the Qassamites on 15 April 1936 that ushered in the so-called Arab Revolt.

“It was 8:30 p.m. Cars were being stopped at a barrier made of barrels on a mountain road in the Nablus region. The barrier was under the surveillance of three armed men: one kept an eye on the road, another held the passengers of stopped vehicles in his gun sights, and the third relieved them of their cash. Then they asked their victims if there were Englishmen or Jews among them. The driver of a truck and his passenger, both Jews, were shot on the spot. Also present was a man who ‘proved to the band that he was German, a Hitlerite, and a Christian, swearing on Hitler’s honor that he was telling the truth. The three men released him… ‘for Hitler’s sake’ … with thirty-five pounds sterling in his pockets.’”

In the second part of his book, Achcar returns to the issue of the current role of the Islamist movement: “The banners of preceding struggles, on which the adjectives ‘national,’ ‘popular,’ and ‘socialist’ were inscribed, have vanished almost without trace; their place has been taken by the standards of Islamic fundamentalist movements. At the same time, anti-Semitism, in both its traditional and Islamized variants as well as its Holocaust-denying corollary, has grown spectacularly in Arab political statements and Arab media.“ He provides the specific example of the Hamas Charter. “Articles 7 and 22 in particular represent a condensed version of the Islamized anti-Semitic ravings cultivated by Rashid Rida, in the years just before his death in 1935.”

So, Achcar explains to his readers, firstly, that a Nazi-like antisemitism appeared in the region well before the foundation of the State of Israel and, secondly, that the links between Islamism and National Socialism were not just tactical but reflected shared beliefs, in particular as regards antisemitism. And, finally, he makes it clear that the contemporary struggle against Israel is now being led by precisely those same Islamist currents that espoused and continue to espouse a Nazi-like hatred of Jews.

For “the enemies of Philistinism, in a word all thinking and feeling people“ an obvious conclusion flows from the facts Achcar provides: Israel, the Jewish state, not only has a right to exist, but also a right to defend itself against the antisemitically motivated aggression emanating from the region. However, it is precisely here that Achcar goes to “war with what he has written in his own book“. As if responding to an order from some inner Central Committee, in the second part of his book Achcar repudiates the evidence he has himself presented in the first part of the same book and turns to political agitation, the essential purpose of which is to justify an anti-Zionist alliance with the antisemites and Holocaust deniers of Hezbollah and Hamas.

... my two utterly dishonest critics conceal from their readers that what they are quoting as an interview in Socialist Worker is actually an interview that was done for and published in Israel’s most widely circulated Hebrew-language daily newspaper (where the “League against Denial” title comes from; the article was published on two full pages, 4 and 5, on 27 April 2010) and published again in English translation in Israel’s best-known English-language magazine. They conceal this fact that shows to what extent pro-Zionist zealots like themselves may be much more fanatical in their defense of Israel than the Israeli mainstream itself—a truth that anyone who is familiar with the contrast between the Israeli press and Israel’s unconditional defenders in the West can confirm, and which moderate Israelis themselves readily acknowledge."

Arabs and The Holocaust: The truth

Gilbert Achcar: neither scholarly nor moderate

How long does he think he would last in a mozlem-run country? What is so vile about people like Achcar is that, actually they depend for their very existence on the fiercely pro-Israel people - and they know it! If there was no Israel there would assuredly be no Achcar as his mozlem students at SOAS would turn on him in a moment.

allow me to add my grain of salt:
the INQUISITION in Spain did not have Israel and yet they burned a lot of us.
Did Hitler have Israel as an excuse? No!
So the suject of Israel is only an excuse to vomit against us
how sad on this day of Rosh Hashana.
suzy vidal

one correction: `Iz al-Din al-Kassam was not "palestinian." In fact he came from Tripoli in what is now Lebanon. After serving in the Ottoman army during WW I, perhaps taking part in the Armenian genocide, he came to the newly constituted "palestine" [to Haifa or Acre, as I recall] and became a Muslim preacher in a mosque.