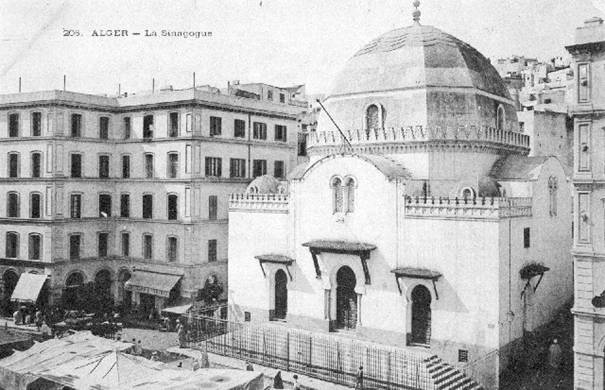 Further to the post titled 'Why did Jews leave Algeria?' I am re-posting a knowledgeable and comprehensive comment by Sammish - with thanks.

"Jews of Algeria were on average better educated, urbanites and more progressive than their counterparts of Morocco who were for the most part rural farmers, artisans,and small shopkeepers in the deep interior of Morocco. Jews of Algeria benefited tremendously from French colonial policies and republican ideals, because the French thought of Algeria as French territory and were there from 1830 to 1962, while Morocco was seen by the French only as a protectorate with few economic vital interests to keep British and Spanish colonial aspirations in check.

Neither Algerian nor Moroccan Jewry left of their own free will. To say otherwise is to distort history. They are, however, nuanced differences concerning those who lost so much from the "indirect" forced exodus and suffered tremendous economic loss. Of course, Algerian Jews had more to lose and because of their social and economic and education attainement were more threatened by the Marxist-Lennist political party of the FNL (Front de Liberation National) which saw them as a fifth column and Zionist neo-colonialists, like their former French masters. They left not of their own free will but under the threat of a gun and butcher's knives. The slogan of the FNL towards the Jews was simple and was promulgated everywhere during the early days of independence: it was a chilling and in-your-face death warrant, and it was: "La valise ou le cerceuil" translated as "the briefcase or the coffin". That was the slogan.

I think that it is sad to see that the old generation of Algerian Jews have not been really forthcoming about telling their grandchildren about the disastrous exit from Algeria. I know it was not like the Iraqi Farhood, but still, many generations who worked so hard to better the lives of ordinary Jews saw all their accomplishments sink to the bottom of the sea, with countless lands seized, businesses lost and usurped by greedy Arab vultures."
Posted by bataween at Wednesday, August 24, 2011