Is new Moroccan Constitution good for the Jews? 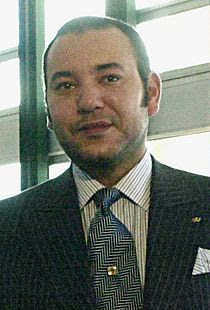 Could the new Moroccan Constitution, approved this month by popular referendum, be a breakthrough? Could it be a blueprint for other Arab countries in 'democratic' transition to follow? Writing in the New York Times, Ahmed Charai (despite earlier scepticism) and Joseph Braude can barely contain their excitement.

A sizable majority of Moroccans approved the new Constitution, which calls for King Mohammed VI to cede half his power to a prime minister appointed from the parliament’s majority party and ensures the rights of women and non-Arabs, including the country’s large Berber population.

Morocco appears to have found a new model for political transition. If the constitutional experiment succeeds, the country will have the opportunity — and responsibility — to take on the regional leadership role that has traditionally been played by Egypt.

The major parliamentary opposition parties, including the main Islamist party, endorsed the Constitution. Those rejecting it, including a radical Islamist group which aims to overthrow the king and install a caliph, had the chance to make their cases on public radio and television. Some officials believe this new openness is serving as a force for moderation. “The more the extremists go on TV, the more ridiculous they look,” said Nawfel Raghay, who manages the country’s broadcasting authority. “We should have done this 20 years ago.”

The Constitution’s power split provides a check against Islamists, if they were to win elections. In the event of an Islamist landslide, a new Shariah-minded prime minister would have the authority to appoint all senior civil servants and oversee domestic security. However, control over the army and foreign intelligence services would rest with the king. The monarch would also retain his traditional role as the country’s highest religious authority — meaning that he could block attempts to use mosques, the news media and religious education to impose chauvinist religious mores. (My emphasis - ed)

This novel arrangement also addresses the historic dilemma between values and interests the West has faced in its relationship with Morocco. The country has long been regarded as a constructive player in regional affairs, but its pro-Western authoritarian elite has a troubling human rights record and has constrained political and economic opportunity for the country’s impoverished majority. The Constitution could allow the emergence of new elites and open up the political arena.

It is important for America and its allies that Morocco achieve this balance at a time when Egypt is not in a position to serve as a regional powerbroker. Under its former president, Hosni Mubarak, Egypt served as a bridge between Arab monarchies like Saudi Arabia and Arab dictatorships like Syria and Libya. But today, there is a new Arab political divide — between autocracies and countries undergoing democratic transitions. Morocco, a transitioning government itself and a prospective member of the Saudi-led Gulf Cooperation Council, is uniquely positioned to bridge this divide.

Whereas Mr. Mubarak mediated between Israelis and Palestinians, the new Egyptian government has yet to form a coherent policy on that conflict, let alone earn the trust of both sides. Morocco, by contrast, has a history of doing so. Years before Egypt normalized diplomatic relations with Israel in 1980, the Moroccan king Hassan II was a liaison between Israel and its neighbors. The country’s distance from Israel was not a serious disadvantage then, and it is even less so today in the era of instant communication and intercontinental strategic partnerships.

Morocco also has a deep historical bond with the Jewish people: the king protected 200,000 Moroccan Jews from the Nazis during World War II*, and nearly one million Israelis have Moroccan roots — including some senior political and military officials. Morocco can extract concessions from both parties to the conflict that Egypt never could.

The Moroccan constitutional model sets an obvious example for Jordan, whose king also claims some religious authority and remains relatively popular. For the more embattled Sunni kingdom of Bahrain, a similar pact of electoral power-sharing with the Shiite majority may be the only way, in the long run, for Bahrain’s dynasty to survive.

Before the referendum, scores of protesters were wounded by the police, and one was killed. While this violence is deplorable, it is a far cry from that of Egypt, where hundreds died, let alone Libya and Syria, where state security forces have killed thousands.

There is great optimism in Morocco today. Millions have signaled their desire for freedom and opportunity within a constitutional framework. If parliament is vigilant in ensuring that the reforms are swiftly applied, Morocco can set an example for peaceful political transitions across the Arab world.

* This is debatable: the king had little power and had to defer to Vichy rule. He signed several decrees discriminating against Jews

Don't rejoice over the Moroccan Constitution yet

I wrote a post on this subject but it has disappeared andd I can't rewrrite it now.
I am using google chrome now I think this will work.


ALERT: As crazy as it sounds, the Muslims have "stolen" Maimonides, who is listed as one of several Muslim scholars on a Unesco report dated December 2010 - I first saw that on "elder of Zion".

Yossi Gurvitz on 972 had the gull to tell me that Maimonides converted to Islam and was tried for apostasy in Egypt. And if he is not a Muslim he was an Arab.
I answered him there.
It's on a thread about Anastasia Mikhaeli

Rambam [Maimonides] converted to Islam in Morocco while it was under the Almohades [al-Muwahiddin] in order to save his life, while remaining a Jew in secret. When he came to Egypt he reverted to Judaism and was known publicly as a Jew, officiated as head [nagid?] of the Jewish community in the Empire ruled from Cairo, and was the physician of the sultan. I don't know of any apostasy trial but apparently he was allowed to be a Jew openly. Some writings in his own handwriting were found in the Cairo geniza.

It seems that this character from 972 has some bizarre and deeply ingrained beliefs, leading to his seemingly fervid reaction to Sylvia's statement. You really can't argue rationally with some of these Kharakters [as my mother used to call them].

To call the author of Letter to Yemen [Iggeret Teyman] and Mishnah Torah a Muslim or an Arab is nuts.
Does he know what Rambam said about Arabs/Muslims?? I suppose he did speak Arabic and that's what Gurwitz was interpreting as being an Arab. So what? I speak English but nobody [I hope] would call me an Englishman. There is a whole English-speaking nation that fervently insists that it is not English and takes pride in hating the English. I mean the Irish whom I grew up with.

How about the Black people of South Sudan? A month their country was part of the Sudan, a member of the Arab League. Were they Arabs then? Are they still Arabs? Do they want to be Arabs?

"Does he know what Rambam said about Arabs/Muslims??"
I told him that. I quoted it plus the passage relating to the threat of forced conversion. What he advocated was to emigrate. Which is exactly what he did himself.


Elyahu, I don't think you understood what I said. UNESCO listed Maimonides as Muslim.
Here is the translation of the French paragraph I posted above.

"After the recovery of Toledo from the Moors by the Crusaders in 1085, European scholars flocked there to translate the ancient classical texts from the Greek (which Europe had forgotten) to Arabic and Hebrew and then Latin, making this knowledge accessible to the West. Between 110 and 1350, during the first part of the European Middle Ages (1100-1543), the names of some European scholars appeared in scientific literature next to a large number of Muslim scholars, including Ibn Rushd (Averroes), Moussa ibn Maimoun (Maimonides), Tousi and Ibn Nafis."

As far as I know, this is a disputed fact. Many scholars claim this never actually hapened.
On Moreh haNevukhim (Guide for the Perplexed), one of his last books, he refered to Mohammed as 'the madman' (hameshuga) and stated that a man with... uhm.. Mohammed's sexual habits could not be a prophet*, and that he lacked other character traits to be called one.

*I can't find the books now so I'm not really sure if he said that on the Guide or on Mishne Torah.

Sylvia, thanks for directing our attention to the UNESCO drivel. Yes, I understood it very well. I have no problem with French. Yes, what UNESCO wrote is shocking, but I was more shocked by the position of the goon from 972. So I only responded to that. That irritated me even more since I am too much acquainted with people like that.

There is absolutely no evidence whatsoever that he converted to Islam in Morocco. There are many stories but none is based on any evidence.

What Maimonides preached to the Jews of Yemen is that they emigrate and leave everything behind if they have to rather than try to pass for Muslims. Which is exactly what he and his family did. He roamed the Mediterranean to escape forced conversion risking his life and that of his family. He preferred the life of a fugitive rather than chose the easy solution and pretend being a Muslim.

We shouldn't let it pass. This is much more important than what people think.
If Maimonides is a Muslim then what does that make us? His philosophy is at the heart of Sephardic Judaism.