Was Islam to blame for the Farhud? 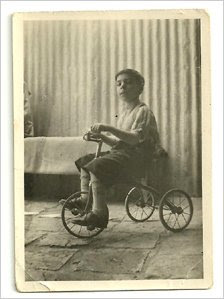 Steve Acre...saved by a devout Muslim

Over at the excellent Elder of Ziyon blog, Elder has linked to a piece on the BBC website based on the World Service Radio programme on the Farhud massacre, Witness. Elder takes issue with the BBC phrase 'Baghdad had been a model of peaceful coexistence for Jews and Arabs,' and blames Islam, not Nazism for the mass slaughter. My comment is below:

"...In a nearby street in a mixed Jewish and Muslim quarter, Steve Acre lived with his widowed mother and eight siblings in a house owned by a Muslim.

Acre, now 79 and living in Montreal, climbed a palm tree in the courtyard when the violence began. He still remembers the cry "Cutal al yehud" which translates as "slaughter the Jews".

"Later lots of men came outside and set the house on fire. And the men were shouting like from joy, in jubilation holding up something that looked like a slab of meat in their hands.

"Then I found out, it was a woman's breast they were carrying - they cut her breast off and tortured her before they killed her, my mother's best friend, Sabicha."
The BBC still downplays the Jew-hatred that caused this event:

Until the Farhud, Baghdad had been a model of peaceful coexistence for Jews and Arabs. Jews made up about one in three of the city's population in 1941, and most saw themselves as Iraqi first and Jewish second.

So what caused this terrible turn of events?

But when an attack on a British Air Force base outside Baghdad ended in humiliating failure, he was forced to flee. The Farhud took place in the power vacuum that followed.

So whenever there is a temporary power vacuum, one must expect residents who lived peacefully with Jews for generations to rise up and massacre them?

Obviously, even though Jews had integrated into Iraqi life and even though there were some Iraqi Muslims who saved Jews, there was still a strong undercurrent of Muslim anti-semitism in Iraq. While the BBC calls it a "Nazi-inspired pogrom" it was enthusiastically performed by Muslims - not Nazis - the very neighbors of the Jews who they lived in harmony with.

This indicates that Islam itself is the problem, not the Nazis or the "power vacuum" or anything else. If in the absence of a strong government the Muslims could be easily incited to slaughter their Jewish neighbors, it means that it was anything but a "model of peaceful co-existence" - and by the BBC saying that, it implies that the natural order of the world is for people to want to slaughter Jews but they suppress that desire because of external factors."

My comment: It is true that the BBC overstates the myth of peaceful coexistence: one only needs to refer to the 1830 persecution of the Jews by Daoud Pasha or this horrific 1916 episode
to conclude that Jewish life under Muslim rule in Iraq could be nasty, brutish and short.

But I cannot agree with Elder that Islam, not Nazism, was the cause of the Farhud massacre. Witness interviewee Steve Acre's saviour was a devout Muslim in a green turban who had been on pilgrimage to Mecca. (Yet in Eli Amir's book, the Dove Flyer, it is a Hajji who turns on his Jewish neighbours and incites their murder).

In my view Nazism created the conditions for the Farhud - virulent antisemitic propaganda on an impressionable populace and a (abortive) plan to exterminate the Jews in desert camps.

In the absence of law and order, whether a Jew lived or died his fate was in the hands of his Muslim neighbour. Some still had a sense of decency and honour. Others were prepared to sacrifice good neighbourly coexistence to hatred and greed. I don't think Islam is to blame: the attackers were easily incited and possessed a primal Bedouin instinct to exploit opportunity for personal gain.

Ultimately coexistence could not guarantee trust - and this is a lesson that not only the BBC, but umpteen Middle East coexistence initiatives fail to grasp. For another Witness interviewee, Heskel Haddad, neighbourly trust died with the Farhud:

"For Haddad, another legacy of the Farhud is a contradictory attitude to Iraqi Muslims. He has operated on injured Iraqis free of charge, has visited Iraq as an adviser to the government, and is described by Iraq's ambassador in Washington as "the best Iraqi I know". But while he numbers some Iraqi Muslims among his friends, he remains on his guard in the presence of others.

"I have this feeling, a sort of distrust, that the Farhud created," he says. "It's an emotional thing that you cannot eradicate that easily."

Sedlev on the myth of peaceful coexistence

More links on the Farhud here
Posted by bataween at Thursday, June 02, 2011

Despite the fear of me being labelled a reductionist, I still think the mufti El Husseini was the main driving force behind the Farhud in Iraq. True, they were also secular elements of the early Bath party pan arabism, but Nazism was there for the praise and emulation.

Here is a very nice clip of an Iraqi academic explaining the ABCs of the Farhud to an ignorant Saudi TV commentator, who despite all the explanations still does not believe the role El-Husseini played thus Islam in the calamity that had befallen on Iraqi Jews.
The Arabic interview is subtitled in English.

Husseini was a pretty evil character, as American journalists, Edgar Ansel Mowrer described him [and I concur]. But murderous hatred of dhimmis was present in Iraq long before the Mufti helped incite the Farhud. In 1933, many Iraqi Muslims were very eager to slaughter the Assyrians and rejoiced at the massacre. See at link a quote from the Arab nationalist historian, Majid Khadduri, about this genocidal blood-lust: