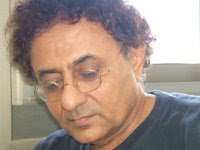 In the latest of his well-researched and hard-hitting articles, the influential Maariv columnist Ben Dror Yemini (pictured) focuses on the real Palestinian Nakba: the story of Arab apartheid. Tens of millions, among them Jews, suffered from a 'nakba' of dispossession, expulsion and displacement, but only the Palestinians remained refugees because they were treated to abuse and oppression by the Arab countries.

In 1959, the Arab League passed Resolution 1457, which states as follows: “The Arab countries will not grant citizenship to applicants of Palestinian origin in order to prevent their assimilation into the host countries.” That is a stunning resolution, which was diametrically opposed to international norms in everything pertaining to refugees in those years, particularly in that decade. The story began, of course, in 1948, when the Palestinian “nakba” occurred. It was also the beginning of every discussion on the Arab-Israeli conflict, with the blame heaped on Israel, because it expelled the refugees, turning them into miserable wretches. This lie went public through academe and the media dealing with the issue.

In previous articles on the issue of the Palestinians, we explained that there is nothing special about the Israeli-Arab conflict. First, the Arab countries refused to accept the proposal of partition and they launched a war of annihilation against the State of Israel which had barely been established. All precedents in this matter showed that the party that starts the war - and with a declaration of annihilation, yet - pays a price for it. Second, this entails a population exchange: indeed, between 550,000 and 710,000 Arabs (the most precise calculation is that of Prof. Ephraim Karash, who calculated and found that their number ranges between 583,000 and 609,000). Most of them fled, a minority were expelled because of the war and a larger number of about 850,000 Jews were expelled or fled from Arab countries (the “Jewish nakba”). Third, the Palestinians are not alone in this story. Population exchanges and expulsions were the norm at that time. They occurred in dozens of other conflict points, and about 52 million people experienced dispossession, expulsion and uprooting (”And the World is lying”). And fourth, in all the population exchange precedents that occurred during or at the end of an armed conflict, or on the backdrop of the establishment of a national entity, or the disintegration of a multinational state and the establishment of a national entity - there was no return of refugees to the previous region, which had turned into a new national state. The displaced persons and the refugees, with almost no exceptions, found sanctuary in the place in which they joined a population with a similar background: the ethnic Germans who wore expelled from Central and Eastern Europe assimilated in Germany, the Hungarian refugees from Czechoslovakia and other places found sanctuary in Hungary, the Ukrainians who were expelled from Poland found sanctuary in Ukraine, and so forth. In this sense, the affinity between the Arabs who originated in mandatory Palestine and their neighbors in Jordan, Syria and Lebanon, was similar or even greater than the affinity between many ethnic Germans and their country of origin in Germany, sometimes after a disconnect of many generations.

Only the Arab states acted completely differently from the rest of the world. They crushed the refugees despite the fact that they were their co-religionists and members of the Arab nation. They instituted a régime of apartheid to all intents and purposes. So we must remember that the “nakba” was not caused by the actual dispossession, which had also been experienced by tens of millions of others. The “nakba” is the story of the apartheid and abuse suffered by the Arab refugees (it was only later that they became “Palestinians”) in Arab countries.

Considering the American president's demand that
Israel turns back to the 1967 resolution, Sorry but i think he is nuts.
Remember that before being Christian he was Muslim.
i'll enroll in the Israeli army if they accept me.
Sultana Latifa