Well, what do you know?

An Israeli spoof becomes the 'anthem' of rebels trying to change Libya. Now a song written two years ago by Israeli singer Bezalel, the son of Tunisian Jews - all curly locks, bulging triceps and eyeliner - has found favour with Tunisians.

Its name? Tunisia - of course.

The pop video (above) shows a romantic encounter between a Jewish boy and a Muslim girl. He wears her necklace charm together with his Star of David in symbolic fusion of the two cultures. 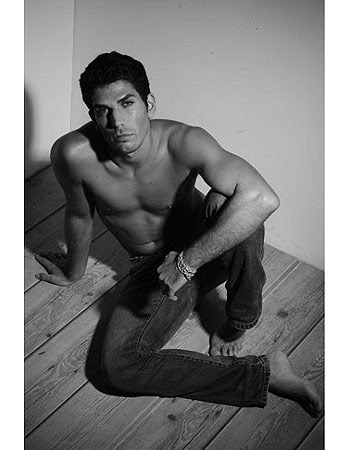 "It's a call for coexistence with our brothers in the Arab world," the singer gushes. "I was raised in a house which did not bear a grudge. I want to extend my hand in peace and maybe even cause history to stop repeating itself."

Now, Ynet News reports, the story has attracted the attention of Arab media. Palestinian television reporter Anas Abu Arkoub said the song "is being embraced in Tunisia, in light of the recent developments in the Middle East." He also spoke of the singer, an Israeli Jew of Tunisian descent, without mentioning his name. "This song didn't come from Palestine, although it was shot in Jaffa," the reporter said. "He belongs to the Zionist movement backed by Israel. It's very rare for such a thing to happen in the Arab world."


The Palestinian TV broadcast about Bezalel did not name him

Make no mistake about it, the Jaffa of the video is Palestinian, with its mosques and minarets. The clip packs in every Arab cliche known to man - from camels and desert sands to belly dancers and veiled women.

The message is clearly that the dhimmi Jew has surrendered his own identity for 'coexistence'.

The Arab world likes nothing better than to see a Mizrahi Jew wallowing in nostalgia for his Arab roots, from which he has been so cruelly 'torn away' by Zionism.

On the other hand, some Jews call Bezalel naive, and reflect bitterly that historically in Arab countries, the roles were reversed: Jewish women were enticed by Muslim men.
Posted by bataween at Sunday, April 03, 2011