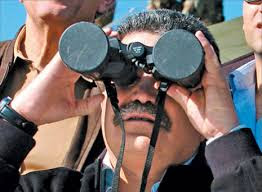 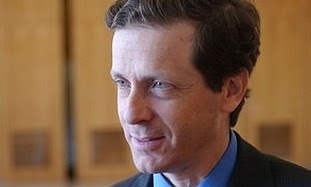 They used to be the largest single ethnic group in Israel - before the great Russian immigration of the 1990s - but attempts by the Israeli Labour party to woo Israeli voters of Moroccan origin have been 'mixed', says this euphemism-ridden Jerusalem Post blog by professor Ira Sharansky. Isaac Herzog, smooth scion of an elite Ashkenazi family, is facing off Amir Peretz, the rough-cut Moroccan-born union boss, for the leadership of the party; he is not helped by leaks that Herzog made 'racist' comments about Peretz in the past.

Prior to 1948, Morocco had the largest Jewish population of North African countries. It was not one community, but several that differed in history, tradition, socio-economic traits, and language. One component traced its heritage to Jews expelled from Spain in the 15th century. Another may have been there since migrations out of Judea at the time of the destruction at the hands of Rome, or even earlier. There were urban Jews, and Jews living in mountain villages. Most lived in the area controlled by France, with the well-to-do thinking of themselves as French as well as Jews. There were also Jews in the region controlled by Spain, and they used Spanish along with Arabic and their own dialect.

Since 1948, the number of Jews in Morocco has shrunk from an estimated quarter-million to 5,000 or less. France received the bulk of educated, upper income Jewish migrants from Morocco, as well as the better-off from Tunisia and Algeria. Most of the remaining Jews came to Israel. Until the migration of Russian-speakers that began in the late 1980s, the Moroccans were Israel's largest Jewish ethnic group.

And they were the most troubled. Disproportionately poor and living in unattractive "development towns" away from the vibrant center of the country, they also figured disproportionately in the statistics for crime and the prison population. They spawned political protest against what was perceived as a lack of concern, or discrimination at the hands of the Ashkenazi elite. They took cues (and the name "Black Panthers") from African-Americans who were mobilizing at the same time.

The Moroccans have been something between opportunity and a thorn for the Labor Party. Given the party's socialist roots and its ostensible concern for social programs and helping the disadvantaged, the marriage would seem to be inevitable. But Labor segued away from its working class roots toward highly educated and upper income yuppees with a social conscience, but not much of a commitment to equality. For years Labor members were at the peaks of government, industry, and culture, with those at the peaks disproportionately Ashkenazi. Labor politicians have spoken the language of social and economic uplift, but their emphasis has been more to help Palestinians via a posture of accommodation than to work assiduously for Israel's own poor.

In case you haven't noticed, there have not been many votes going to the Labor Party from any source. What is left of the party in the Knesset is eight members, and opinion polls are not indicating that it would win significantly more seats in the next election.

Among the problems of the Labor Party is that many of the Moroccans and others like them long ago found the nationalist postures of Likud more to their liking, and perceived that Likud's populism--although wrapped along with an affinity for free enterprise--was no less appropriate for them than the faux socialism of Labor.

The Ashkenazi establishment also displayed a lack of comfort with the Moroccans. Golda Meier's comment about a delegation of Black Panthers from the early 1970s as "not nice people" remains part of the country's memory and embarrassment.

Israelis of Moroccan origin may be still below average on income, education, and occupational prestige, but who is a Moroccan is increasingly problematic in the face of substantial intermarriage with other Sephardi groups and with Ashenazim. Moreover, the Moroccan post-Passover festival of Mimouna has acquired the status of a national holiday, with politicians competing for media attention by visits to Moroccan homes and parks where they mingle with Moroccans and others gorging themselves on North African delicacies.

Since the appearance of the Black Panthers, Labor politicians have struggled to keep the "ethnic demon" in the bottle, and away from Israeli politics.

The main headline, with picture and article covering the top half of page one of Ha'aretz: "Herzog to a senior American: Amir Peretz is seen in the public as inexperienced, aggressive, and Moroccan."

I have my own experience of this vile racism by Jews. I am Ashkenazi origin and my beautiful daughter is mixed Jewish/African. When she was 8 we sent her for a weekend with Habonim. at the end of the weekend, I came to pick her up. it was winter and pitch dark. They ahd abandoned her by the road-side with all her bags, closed the office and gone. She was standing alone by the side of the road. anything could have happened to her. Then she told me how the other children refused to talk to her or sit next to her, for the whole week end. I wrote and complained and telephoned and Habonim just fobbed me off and did not answer. I am still very angry 18 years on!
How dare they behave like that! these are the people who are the traitors to Judaism.