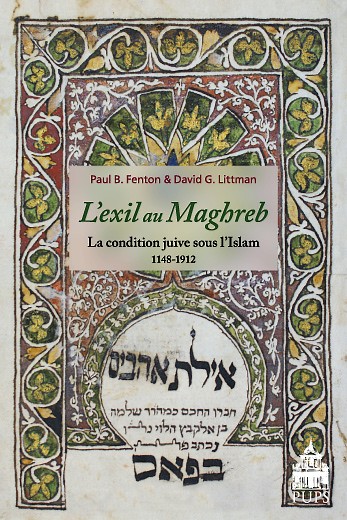 Reading L'exil au Maghreb brought home to Nidra Poller, writing passionately in American Thinker, the brutal truth: Jews in North Africa were little more than slaves at the mercy of the mob. But that truth has been concealed, 'perfumed with orange blossom, and wrapped in golden ages'. Likewise, the truth about today's mob-driven Arab Spring is 'prettily packaged and sold to us by journalists who identify with the crowd':

The second and most poignant half of the hefty volume is composed of documents from the archives of the Alliance Israélite Universelle, a French-based educational and philanthropist organization that intervened to protect Maghrebi Jews and bring them up to a European standard of living and education.

Heart rending reports -- some written in beautiful atypical French, others translated from Hebrew, Arabic, English -- add soul and dimension to the more detached accounts collected in the first part of the volume, in which observers often balanced examples of the Arabs' barbarian cruelty with unflattering descriptions of the Jewish victims... almost as if they deserved their fate.


Muslim mobs storm into the Jewish ghetto -- the mellah -- on the slightest pretext or simply for pleasure. They rape women, deflower virgins, sodomize boys, kidnap children, murder rabbis, steal everything of value, smash and destroy and burn the rest.
The names of victims cited in letters from the AIU archives resonate today; they are the names of my friends in France, the names of prominent French Jews of North African origin.

Many of my friends left the Maghreb as teenagers or young adults with nothing but a few suitcases. Jewish families abandoned goods and property, factories and businesses and fled for their lives. Jews growing up when the Maghreb was under European domination had not been forced to live in the mellah, walk barefoot in the medina, bow their heads, submit to insults and flogging. They have memories of harmonious relations with Muslim neighbors. Many Jews joined in the fight for independence -- an earlier printemps arabe. Some stayed, most left. My friends were not simple-minded creatures who hide the truth from themselves and yet I think most of them do not even know the extent of the atrocities endured by their dhimmi forebears. I wonder if they could bear to read L'Exil au Maghreb.

It is almost too painful to acknowledge the condition in which we Jews were forced to live for centuries. Most of us are familiar with the history of European shtetlech -- persecution, pogroms, the Shoah -- but the history of dhimmitude in Muslim lands is only recently emerging. Supporting evidence for the pioneer studies of Bat Ye'or is available in English in Andrew Bostom's monumental Legacy of Islamic Anti-Semitism and now in a French-language counterpart. These two hefty volumes crush the last pipsqueak of the myth of the Golden Age of Andalusia and counter the pernicious claim that Jews were better off in Muslim lands than in Europe. It is difficult for non-Jews to admit the truth; it is painful and shameful for Jews to see ourselves as we were. Disgraced, groveling, helpless, at the mercy of heartless brutes.

This is why it is absolutely necessary to read every word of these endless tales of woe. Today we have the means to defend ourselves but the same barbaric forces that run amok through the pages of l'Exil au Maghreb are determined to reduce us once more to slavery or death. We must get this into the heads of our fellow Jews. The enemy is closing down on us.

Now the mob is democracy on the hoof. Western correspondents on the scene flutter with excitement. The freedom fighters occupy Tahrir Square in Cairo. Their numbers swell. They shout "dégage Mubarak" -- the Jasmine Revolution is their model -- they want freedom and won't leave until the dictator is disgraced and dismissed. It started in Tunisia and Egypt; we were promised it would spread to Algeria, Yemen, Bahrain, Libya, and who knows maybe Saudi Arabia. A spontaneous uprising by the champions of human rights dances through the Arab-Muslim world. We are told that these people are just like us, they want to be free, they have been oppressed by dictators imposed...well...by us, right? Nothing inherent in their culture or values could have caused this oppression.

That is the story, and who would want to deny it? All human beings want to be free. Why aren't they? That is a longer story. And L'Exil au Maghreb is an important part of it. Whenever there was conflict, rivalry, rise and fall of governors or caliphs, the mob stormed into the mellah and massacred Jews. That story has been hidden. Today's version of the mob is wrapped in beautiful thoughts.

But we in Europe have seen those mobs storming through the streets, smashing and torching cars, beating up women and young men, attacking the police, looting, burning down public buildings, waving Hamas and Hezb'allah flags, demanding justice, jobs, liberation of Palestine, death to the Jews...and the right to attack the police without being punished. The 2005 uprisings in France were portrayed as justifiable exasperation of an oppressed minority. We see "Intifada" mobs in Israel throwing rocks, fronting for men armed with automatic weapons, running amok, committing mayhem, on the rampage, throwing firebombs, their faces wrapped in keffieh. What do they want? An end to the "Occupation." We have heard resounding cries of revenge at triumphant shahid funerals now and before.

Just as the truth of the endemic persecution of Jews (and Christians) in the Maghreb was kept secret, perfumed with orange blossom, and wrapped in golden ages, the truth today about these mobs is prettily packaged and sold to us by journalists who identify with the crowd. And sometimes, misled by their own narrative, they are seized, beaten, battered or raped.