Pakistan's problem with the Jews 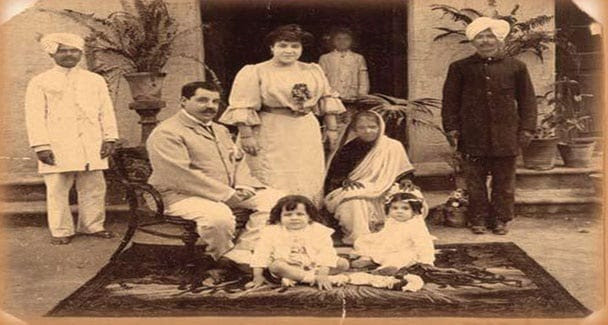 Tufail Ahmad traces the development of antisemitism in another Muslim country without Jews - Pakistan. Hateful ideological sloganeering by Pakistan's leaders makes little distinction between Jews and Israel's policies, Ahmad writes. Via Memri (with thanks: Lily)

Historical records indicate that Jews, with no connection to the Pashtuns, have lived in Pakistan and the wider South Asian region over the past several centuries. A 2007 report in the Pakistani daily Dawn noted: "The earliest graves... [of Jews in Karachi] are from 1812 and 1814, with a vast majority from the 1950s."[2] The report also cited Aitken's Gazetteer of the Province of Sind, a British-era government document which was published from Karachi in 1907, as recording that "there were only 428 Jews enumerated in the census of 1901, and these were really all in Karachi. Many belonged to the Bene Israel community who observed Sephardic Jewish rites and are believed to have settled in India [which included Pakistan] shortly after the destruction of Jerusalem by Titus [the Roman Emperor in 69 AD]."[3]

The Dawn report added: "Other research documents record about 2,500 Jews in Karachi, with about 100 in Peshawar at the beginning of the 20th century. At the time of [Pakistan's] independence [in 1947], many Jews migrated to India, but about 2,000 stayed in Pakistan. Their first real exodus occurred soon after the creation of Israel, which triggered many incidents of violence against Jews, and the Karachi synagogue became a site of anti-Israel demonstrations."[4]

In the late 19th century, one of Karachi's notables was Soloman David, who died in March 1902. He was a surveyor of the Karachi municipality and built the Magain Shalom synagogue in Karachi. His gravestone reads: "The widely known and highly respected Soloman David always sought the welfare of the Jewish community and through his liberality erected at his own expense a handsome synagogue, Magain Shalome [sic]."[5]

Another report estimated the Jewish population of Karachi at 2,500 prior to August 14-15, 1947 when Pakistan was created.[6]

After Pakistan's creation as an Islamic nation, relations between the Jews and their Muslims neighbors began to deteriorate. This strain in Jewish-Muslim relations also resulted from Muslim protests in Pakistan against the newly created State of Israel. Some Pakistani Jews migrated to India and the U.K., and others to Israel. In early 2010, a Pakistani daily carried this first-person observation of anti-Jewish violence in the newly created Islamic nation of Pakistan: "The synagogue in Karachi was set on fire, and several Jews were attacked. The frequency of attacks increased after each of the Arab-Israeli wars, i.e. 1948, 1956 and 1967."[7]

In 2008, a Karachi resident reminisced about the Jews of Karachi in a conversation with Pakistani journalist Syed Intikhab Ali: "[The Jews] were peaceful people having limited relations with local people and used to keep a distance from political activities. When [the] Arab-Israel war broke out in late sixties, they were isolated and started migrating silently and only a few Jewish people [were] left in the city."[8]

From various accounts, it appears that some Jews might be living in Pakistan even now, possibly by hiding their religious identity lest it may not be possible for them to move to Israel due to absence of diplomatic ties between the two countries.

Although there is no notable Jewish presence in Pakistan now, the anti-Jewish and anti-Israel protests in Pakistan have taken on an ideological nature, with religious and political leaders blaming Jews/Israel, Christians/the West/U.S., and Hindus/India as the cause of almost all of their problems. By 2010, it could be said that not a week passed in Pakistan without a religious leader, a columnist, or a politician issuing a statement against Israel and the Jewish people, blaming them as well as the United States and India for one or another of the problems facing Pakistan. Although not all criticism of Israel can be described as antisemitic, it does not appear that the Pakistani leaders in their own minds see subtle differences between their hateful ideological sloganeering against the Jews and possibly justified criticism of Israel's policies.

Main Characteristics of Antisemitism in Pakistan: The new generations of Pakistani youth are being taught by the influential Urdu-language press that all major problems facing the society and state of Pakistan are created by Israel, the U.S., and India – or Jews, Christians, and Hindus respectively. Such thinking originates from deep-rooted antisemitism that has become part of the collective conviction in the Islamic world in contemporary times and has become solidly rooted in the Pakistani public consciousness, with Jews and Israel blamed for almost every problem even when they are not remotely connected to an issue.

With India strengthening its ties to Israel since the mid-1990s, and the United States enhancing its relations with India rapidly in recent years, Pakistani religious leaders view these developments in international relations of the early 21st century as a tripartite "alliance" that threatens the Pakistani state and its Islamic identity. Such an ideological pattern informs the conspiracy-theory narrative that runs through the collective Pakistani psyche and public debate in Pakistan.

Email ThisBlogThis!Share to TwitterShare to FacebookShare to Pinterest
Labels: Antisemitism, Jews of Pakistan

Is the Lily that you thank Lily Solomon in Karachi (though she married so name would be different)? if so, she was friends with my Mum Rehana. If it is the same Lily, and she is interested in getting in touch with Rehana please say yes and I can pass on contact details.