How to win friends at SOAS Israel Apartheid Week 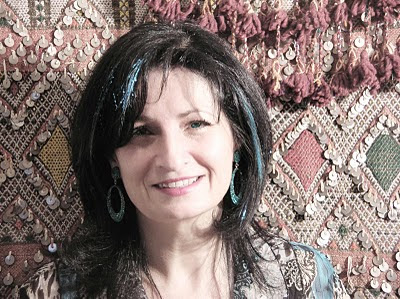 As the propaganda tsunami known as Israel Apartheid Week crashes over university campuses across the world, Michelle Huberman (pictured) demonstrates how a showing of the Forgotten Refugees film can have the power to change hostile minds. Read her guest blog on the Jerusalem Post:
At the School of African and Asian Studies (SOAS) last week, it was Israel Apartheid Week on campus and the place was abuzz with Palestinian flags and posters to Free Gaza. The atmosphere was threatening. How does one begin to fight back against the lies and intimidation?
My answer was to persuade this august institution to show a film – The David Project’s The Forgotten Refugees., directed by Michael Grynszpan. This film explores the history, culture, and forced exodus of nearly one million Jews from Middle Eastern and North African Jewish communities in the second half of the 20th century. These Jews now comprise half of Israel’s Jewish population. The film raises awareness of an issue which has been tragically ignored in the media, world politics, and educational programmes.

I believe that everybody should see The Forgotten Refugees. It deals with genuine apartheid: Jews (and Christians) were literally inferior beings, subjugated to Islam. They were often segregated in ghettos. In Iran, Morocco and Yemen, they were under intermittent pressure to convert to Islam. They could not ride horses or build houses higher than Muslims, they could not testify against a Muslim, and had to pay protection money for their survival.

I had shown the film to students at SOAS a few months ago and managed to secure a second screening during this high-profile week. I wondered whether the audience I wanted would come in and see it? I decided the best way was to go along to the Israel Apartheid event and let people know. I’d made a leaflet advertising the film with the strap line “What Happened to the Jews from Arab Countries?”
It was the Sunday before our screening and it was a sunny afternoon. I happily strolled onto the campus with my friendly dog. I could see in the distance the Israeli counter-demonstration. It looked peaceful, they had their banners and seemed to be engaging well with the pro-Palestinians.

I went over to their side, mingling in with the crowd. The people were thronging amongst the stalls described as Celebrate Palestine. All were draped with keffiyahs and many were wearing anti-Israel slogans. These were the people I wanted in the audience to see the film. I love Middle Eastern culture and happily chatted along with them, asking them if they were interested in the Israel/Palestine conflict. I explained about the film, that it was non-political and gave a new perspective on the region. If they felt it was propaganda, they’d be able to make their views known during the Q&A at the end.

All the young people of Arab origin took the leaflets and told me they’d try to come along. They were genuinely interested. They were curious about me, and I was happy to share my background of being Jewish, a fashion designer with a passion for Islamic architecture.

In contrast, the middle-aged, pale, scruffy English people I spoke to – who I later found out were human rights lawyers - were very hostile. They said: “it’s Zionist propaganda – look, the text is in blue!” As a designer I had painstakingly put together a collage of sepia photos showing Jews leaving Arab countries with only a suitcase and their arrival in the ma’abarot camps in Israel. I had experimented with lots of colors and decided that blue text stood out best against the sepia – so much for Zionist colors! Another looked at my Jewish surname on the leaflet and said viciously: “look at her name – she’s a Zionist”. I told them to come along to the event and judge for themselves.
I was conversing with one Middle Eastern man who wanted to come to the film. He was genuinely interested and we spoke for a few minutes. He left and not long afterwards I was chatting with his two little children who liked my dog. They were nice kids. It was then that I heard a scuffle behind. The little girl’s eyes widened in horror. I turned around and saw that their father was involved in the commotion. His friendly eyes were now full of hatred and he was in the throes of a fight. My maternal instinct kicked in and I quickly hurried away with his children to shield them from seeing their father in battle. I had absolutely no idea what this fight was all about. I just knelt down with the children behind the building and wrapped my arms around them.

Ten minutes later when it died down and I’d let the kids go, I saw the father was being handcuffed by the police. I learnt then that this man was the one who had actually attacked and bitten one of the four Israel supporters who were there peacefully holding a counter-demonstration. What a turn of events that I was protecting the attacker’s children!

My film showing was scheduled for last Wednesday. I became increasingly nervous beforehand, wondering who might attend. Would the man in the fight show up? What would the reaction be in this hotbed of anti-Israel feeling?

When I’d shown the film previously at SOAS, I’d walked into a room full of 50 hostile students dressed in keffiyahs and hijabs, who were studying the Israel/Palestine conflict. I’d brought with me an elderly man whose family had fled Persia and was forced to convert to Islam. His story was very moving and by the time the film had ended the audience was showing sympathy. They needed no prompting to suggest: “why don’t the Arabs and Israelis do swaps like the Greeks and Turks in Cyprus?” Many requested a copy of the film to share with their friends.

This time would be different as the viewing would be out of lecture hours. The room was full and the crowd seemed pretty tame. I was pleased to see that a few of the young hijab-ed girls I’d chatted to were sitting in the audience and also one of the human rights lawyers from the previous Sunday. The film lasted 50 minutes and is shocking in parts, with graphic clips of murderous riots against communities that most of us know nothing of.

The audience were very stunned by the film. Afterwards they had a chance to ask me questions.The Muslim girls wanted to talk about the West Bank settlements, but I told them this was a non-political event and the topic was the Jews from Arab countries. They complied and listened attentively. The audience’s questions were intelligent, the discussion civilised and informed. The evening went off peacefully and everybody left – hopefully - with a new perspective on Israelis.
To obtain a copy of The Forgotten Refugees (UK DVD) contact michellehuberman@mac.com

The David Project
Posted by bataween at Thursday, March 31, 2011

While Israel provides affirmative action to Arabs who are exempt from service... Israeli Arabs have free access in all of Israel whereas Israeli Jews are harassed in "Arab" towns. Not to mention the racist-Arab and bigoted-Islamic barring of Jews in Arab controlled "Palestine." An Ethiopian singer just (July 2011) made it as the Israeli "idol" - of course the "apartheid" lie is a racist slur on Israel's outstanding democratic system and society. What a sheer contrast to [all of] its [racist Arab Islamic] neighbors that have such oppressive and bigoted regimes that the term "apartheid" can only be an understatement. It is utterly needless to keep on explaining Israel's unique worry and struggle for survival against Arab-Islamic led genocide campaign for so many years - relentlessly. The 'apartheid slur' [by branding self-defense as some obscure notion of an imaginative reasoning of "race difference"] de-legitimizes Israeli Jews' right to live.

Just remember, Jews started to arrive in small numbers to Palestine at the turn of 20th Century and with the help of the West they started to arrive in large numbers during the Second World War and after. During all those years they confiscated Arab land and systemiticaly up-rooted the Palestinians from their land by terror, massacres and torture. If you ask any Jew who lives in Palestine now, where are you originally came from? You definitely have an answer.
Second thing If the Jews claim that they where living in Palestine 2000 Years ago and it's their right to return to Palestine, I am as a Palestinian who left Palestine only 50 years ago has a stronger case than the Jews to return to my ancestral land.

Nothing you have written is true. Jews have always lived in Palestine, if it were not for Muslim oppression their numbers would have been greater. In the 1930s,there was unlimited Arab immigration, but severe quotas on Jewish immigration. The Jews did not seize any land, but bought it, dunam by dunam - of course tenant fellahin did not like it, but the Arab landowners sold to the highest bidder. Compare with the much greater amount of Jewish property in Arab lands stolen from its rightful owners.