Fighting back with the Forgotten Refugees film 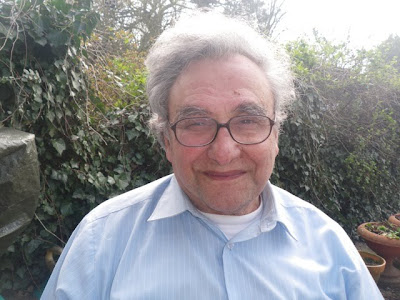 Matti Haron will speak of his refugee experiences

Next week the David Project's Forgotten Refugees film is to be at the heart of a series of pro-Israel events being organised in London and in the north of England* to offset Israel Apartheid Week.

Students at King's College London will be able to see the film on Tuesday, while a second viewing down the road at the Institute of Jewish Studies at SOAS (School for Oriental and African Studies) is scheduled for Wednesday. Both viewings are open to non-students.

The audience will be able to see and hear for themselves what is was like to live with the religious 'apartheid' under Muslim rule known as Dhimmitude. This was the system of institutionalised humiliation and subservience of Jews and Christians to Islam. They will also get an idea of the human rights abuses to which Jews were exposed before and since the creation of Israel. They will be able to appreciate what true 'ethnic cleansing' felt like for the Jewish communities of the Arab world.

At Tuesday's session Matti Haron will tell of his family's experiences. Matti's family were Jews from Mashad in Iran forced to convert to Islam. From Mashad, his grandfather went on Haj to Mecca, but that Jews worshipped openly in Jerusalem, moved his family to the Bokharian quarter. During the Great War the family were evicted to Alexandria. Fleeing violence in 1947 they moved back to Israel and thence to London. A Jewish refugee from Iraq will speak at the SOAS session.

For the popular journalist and popstar biographer Chas Newkey-Burden, The Forgotten Refugees film was an eye-opener. He blogs about it here.

* Personal testimonies needed: if you are an ex-Jewish refugee from an Arab country living in the north of England with a story to tell, please contact bataween@gmail.com