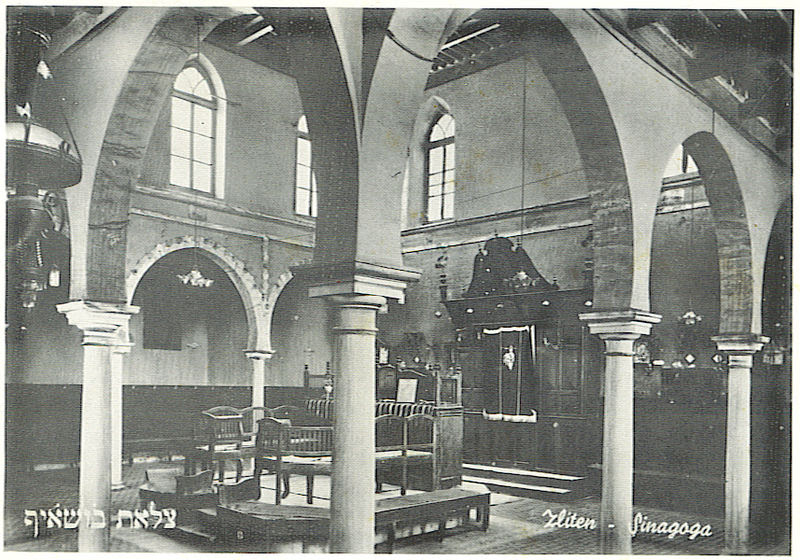 Judah Benzion (Ben) Segal (1912-2003), a Professor at the School of Oriental and African Studies, London University, served as an army captain in the British Military Administration in Tripolitania during 1945-46. The Jewish Chronicle (13 November 1970) carried his reminiscences of the major pogrom that took place in Tripoli 25 years earlier (on 4-5 November 1945), killing 130, and spread to outlying suburbs and towns. As with the Farhud in Iraq, the British army delayed its response to the rioting. Via the excellent Daphne Anson blog:

‘It was 9.30 on Friday morning, a holiday for the Moslem members of my department. But none of the Christian officials had arrived either. There was an ominous silence in the air. I realised suddenly that there was no traffic on the roads. Ill at ease, I brushed aside my correspondence, and went out into the crisp sunshine. I saw that one, then another, and finally a succession of the concrete houses of the New City carried on their walls the freshly painted legend “Italiano.” The message was clear.

If I had not understood I was to be enlightened soon enough. A low growl could be heard from the distance. Suddenly they appeared – young hoodlums in their hundreds, sweeping along the road some ten or fifteen abreast screaming “Yahud, Yahud.”

It was shock, not courage, that made me stand my ground , and, seeing me in uniform, they passed around and beyond me.

Then the looting started, shop windows were smashed, and doors battered down.

I visited the Jewish schools in the ghetto area. There was little panic. The children who lived nearby had been sent home; they had nothing to fear, for the Jewish district was too densely populated to be penetrated by even the most daring of the mob.

The staff, mostly Italian Jews, stood in a little knot, speaking in whispers, making their plans calmly with their leader, a professor from Rome, a small ungainly woman with an aquiline nose and nervous smile. I put some children on my lorry and returned them to their mothers in the New City.

From a remote building I heard moaning. In the bare courtyard, an old Jewish woman in Arab dress sat on the ground, her face streaked with blood, swaying to and fro, keening rhythmically. Some yards away a man lay wrapped in his coat; his head had been battered like the cheap pans beside him. Where had the mob gone? Where had they entered here? It was useless to question the woman; God had given and God had taken away.

The police and the military had been alerted. I drove back to my quarters – to be sickened by the contrast. In the palatial villa of the mess everything appeared normal. The fountain played in the sunshine, deck chairs were set out, as usual under the arches, aperitifs stood on the table. The servants reminded me that the Brigadier had gone on leave to Cairo. And only a few hundred yards away murderers were hunting down their victims.

It was the unsuspecting Jews of the outlying villages who were helpless, and the killings were many – in all, I think, more than 130. We could chart on the map the progress of murder, rape and looting passing from Tripoli across the countryside – east, west and south, like a well-organised contagion. At some points it needed only one or two men to halt the onset – as at Homs where a brave British officer and a Jewish doctor from Alexandria stood at the entrance to the Jewish quarter and threatened to blow out the brains of the first rioter to approach.

Everywhere the bloodshed continued for two days. Jewish refugees were brought to a hastily constructed camp in the capital, I escorted a cortège from Zawiya – one lorry heaped with the bodies of the dead, others with their relatives and friends, some wounded, all dazed and silent, clutching their mean bundles. There was no passion, but submission to the inevitable.

After a couple of weeks, the situation – in the words of the Army authorities – was under control. The Governor had returned to his post at Tripoli. I suppose there was an official inquiry – there usually is. Arab extremists who had been detained after the outbreak of the riots were released. And within a few months (was it by coincidence?) three Jewish officers in the Military Administration had been transferred to duties outside Libya – the Major responsible for the municipality (who had been outstandingly successful in his dealings with Arab officials), a doctor, and myself.

From 1949 the Jewish community of Libya – even the ancient settlement of cave-dwellers at Tarbuna – virtually ceased to exist. Many emigrated to a new life in Israel. Only a handful remained in Tripoli and Benghazi to become the target of anti-Israel malice after the Six-Day War.

The Jews of Libya had never played an important part in the life of their country – they were no more than a pawn in a sinister game of politics. We need not point the finger at the fanatical ignorant Moslem mob. But it should be part of the training of every Foreign Office official and of every responsible journalist to witness at first hand the violence of a rampaging mob – and to learn how fanaticism and violence are manipulated.’

Read post in full
Posted by bataween at Wednesday, March 09, 2011