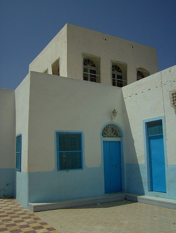 The overthrow of the Tunisian government last week led 20 local Jews to make aliyah to Israel this week, according to Ynet News.

The six families, which decided to immigrate to the Jewish state following the fearful situation in Tunisia, were brought over in a complex operation involving many bodies, including the Jewish Agency, Absorption Ministry, Foreign Ministry, Interior Ministry and several different countries.

The new olim arrived to Israel via a third country and were welcomed by Absorption Ministry representatives, who accompanied them along the absorption process. According to reports, several hundred Tunisian Jews are also considering making aliyah due to the volatile political situation in their country. The Jewish Agency is closely monitoring the developments and has already drawn up a special plan to assist the community living there.

The Jewish community in Tunisia consists of nearly 1,500 people, 1,100 of them living in Djerba and the rest in Tunis. Both cities contain synagogues, schools, community buildings, and more. Three Jewish schools are located in Djerba and a fourth one in Tunis.

Although Israel maintains no diplomatic relations with Tunisia, Jews were treated well by authorities. Since the State of Israel was established, nearly 42,300 Jews made aliyah from Tunisia, 16 of them in 2010.

* Other reports say that 10 of the Jews are not sure they will make Israel their permanent home
Posted by bataween at Thursday, January 20, 2011