Israel rescues 21 of its citizens from Tunisia 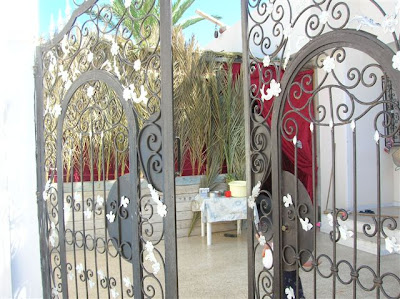 The Rabbi's house (complete with Succah) on the island of Djerba (Photo: S. Zadka)

With Tunisia plunged in chaos, Israel has quietly mounted a rescue mission for 21 of its citizens stranded in Djerba, Israel National News reports. The Israelis were flown back to Israel via Germany.

From the moment it became clear Tunisia was going up in flames, Israeli officials at the Foreign Ministry were already on the phone to Europe, according to ministry spokesman Yossi Levy.

“We have good contact partners through a third nation,” he told Israel National News Sunday morning. “The moment we heard of the blockade during the upheaval we sent a message, asking for the safety of the Jews.”

The complicated rescue mission took some time and involved a number of different agencies. But at 7:00 p.m. Saturday, the 21 Israeli tourists lifted off from the island of Djerba, home to most of Tunisia's Jewish community. They were flown to Germany, and from there home to Ben Gurion International Airport.

But the story does not end there.

In addition to a request to allow Israel to rescue its citizens, two other messages were delivered as well.

According to Yacov Hadas, the foreign ministry's deputy director-general for Middle East and Peace Process Division, Israel asked its contact partner to ask Tunisian authorities to make sure the Jews would not be dragged into the conflict.

The tiny Jewish community, which today numbers fewer than 2,000, lives on the island of Djerba and comprise the country's largest indigenous religious minority. The other Jews in Tunisia live in various areas, although most are in Tunis, the capital and move back and forth from there to Europe. In 1948, the Jewish population in Tunisia was estimated at 105,000, but by 1967 most had left the country for France and Israel.

Hadas told Israel National News the message also included a request to “take all required measures to make sure Jewish community institutes as well as premises will not be affected by looting in the street as much as possible, due to the lack of physical security on the street these days.”

It seems the Angry Arab wants the Jews drawn into the conflict. He has declared that the Israelis who were rescued must have been Mossad agents, because what other reason would Israelis have to be in Tunisia. He's alleging Israel has a Mossad station there. That he's endangering Tunisian Jews who remain doesn't matter. Attacking Israel, no matter irrationally, is primary.