The (almost) lost history of the Jews of Sudan 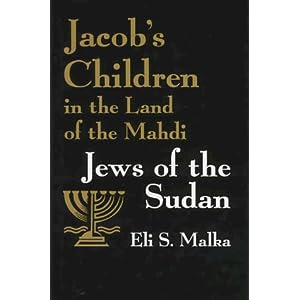 Unbeknown to many, there was once a community of Jews living in the Sudan. This community, like most living in Arab countries, was driven to extinction in the last 50 years and its descendants dispersed to Israel, France, Switzerland the US. But an earlier community, before the arrival of the British, was decimated when Jews were forcibly converted to Islam.

The modern community grew and thrived after the British under Lord Kitchener reconquered the Sudan in 1898. The country came under Anglo-Egyptian rule. Some converts returned to Judaism.

One of the few books on the modern community of the Jews of Sudan was written by Eli S. Malka, who at the age of 87, realised that the history of the Jews of Sudan would be lost unless he put pen to paper. Eli Malka, the son of Solomon Malka, chief rabbi from 1906 to 1949, served as honorary secretary, president and member of the Executive Committee of the Sudan Jewish Community for 30 years until his final departure in 1964.

The community produced wealthy world leaders of Jewry, such as Nissim Gaon, president of the World Sephardi Federation, and Leon Tamman, one of the founders of the World Organisation of Jews from Arab Countries. Tamman died in 1995. In 1975, out of fear of vandalism, some of the graves in the downtown Khartoum Jewish Cemetery (which dates back to the 19th century), including those of Eli Malka's family, were transferred to the Givat Shaul cemetery in Jerusalem. In the late 1980s, the Gaon family and others exhumed the graves of their relatives and flew them for reburial in Geneva.

Since then the Jewish cemetery, although a well-known landmark, has become a dumping ground and a public toilet. On a visit to Khartoum in 2004 the journalist Tim Judah met two brothers who wished to raise money to protect the cemetery by building a wall. Presumably, the plan came to nought, as this video shows.

The Jewish cemetery in Khartoum, filmed in 2005 (Diarna)

Only eight Jewish families - seven Sephardi and one Askhenazi by the name of Mendel - are recorded as having been forcibly converted to Islam when a wave of fundamentalism swept Sudan in the late 19th century.

Sudan had been an Ottoman colony since 1583 and a bustling Turkish commercial centre. In 1881, Mohammed Ahmed El-Mahdi declared himself the Mahdi, meaning the Messiah according to Islamic tradition, and engaged in a jihad against Turkish rule. The non-Muslim communities, settled in Sudan since the 16th century (Copts, Syrian Christians, Armenians and Jews) were forced on pain of death to convert to Islam.

Ibrahim Omer is a descendant of one such Jewish family who apparently play leading roles in Sudanese society today. Their women were forced to change their names to Arabic-Muslim names and many were taken as wives or concubines by Mahadists. Omer reckons 'their number is not a small one'.

It is heart-rending to read of his endeavours to trace his ancestry to its Jewish roots. Without efforts such as his, the history of the Jewish community of the Sudan would be lost.

Sudanese Thinker: my search for Sudanese Jews
Posted by bataween at Thursday, December 09, 2010