Project Aladdin is coming to town 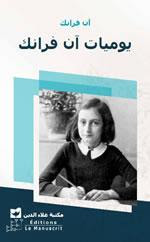 Roll up, roll up! Project Aladdin is coming to London on 24 November. An afternoon session called 'Towards Jewish-Muslim dialogue', immediately following the Jews from Arab lands conference, is being held at SOAS. Morocco is expected to play an important part, with the Moroccan Ambassador to the UK addressing the audience.

The Paris-based Aladdin project, launched under the patronage of UNESCO in 2009 and with support from the French Ministry of Foreign Affairs, has the aim of combating Holocaust denial in the Arab and Muslim world. Conferences have been held to introduce the Arab and Muslim world to the works of Anne Frank and Primo Levi. Nazi-hunter Serge Klarsfeld has been sent on tour in North Africa and the Middle East.

So far, so very laudable. But the Project makes no real effort to explore the Nazi roots of Jihadist groups such as the Muslim Brotherhood or to link their anti-Jewish ideology to the conflict with Israel. Quite the reverse: in order to foster Jewish-Muslim dialogue Project Aladdin is compelled to minimise Arab complicity with Nazism. From Project Aladdin's website (my emphasis - ed):

"Before and during the war, Nazi Germany made a concerted effort to win the hearts and minds of Muslims, relying on modern propaganda techniques that included short-wave radio broadcasts of Radio Berlin in Arabic and Persian. But sympathy for the Nazis across much of the Muslim world was more attributable to strong anti-British feelings among Arabs and Muslims than support for the Nazis' anti-Semitic policies.

Although for the vast majority of Muslims the war in Europe remained a distant conflict, the Nazis managed to recruit some Muslims directly. Two Muslim SS divisions were raised: the Skanderbeg Division from Albania and the Handschar Division from Bosnia. Smaller units from Chechnya to Uzbekistan were incorporated into the German armed forces. But the Nazis soon discovered that these units were militarily ineffective and unmotivated to fight for the Third Reich. The much-vaunted "Hanschar" SS division was disbanded after a few months due to mass desertions and earned the distinction of being the only SS division ever to mutiny.

The Nazis made much propaganda about the meeting between Hitler and Haj Mohammed Amin al-Husseini, the Mufti of Jerusalem, which took place on November 21, 1941. In the meeting, the Mufti declared that the Arabs were Germany's natural friends. Hitler promised that as soon as the German armies pushed into the Southern Caucasus, the Arabs would be liberated from the British yoke. The Mufti's part of the deal was to raise support for Germany among the Muslims in the Soviet Union, the Balkans and the Middle East. He conducted radio propaganda through the network of six stations and set up pro-Nazi fifth column networks in the Middle East.

Al-Husseini and the Muslims troops fighting on the side of the Wehrmacht were not representative of Muslim sentiments in the course of World War II. Hundreds of thousands of Muslim soldiers from Africa, India, and the Soviet Union helped to defeat fascism at places like El-Alamein, Monte Cassino, the beaches of Provence, and Stalingrad.

Without wishing to rain on the Aladdin parade, let's point out the project's inherent dangers. As already reported on Point of No Return, at the Aladdin conference held in 2009, Jewish organisations were complicit in reinforcing the 'Golden Age' myth of harmonious coexistence between Jews, Christians and Muslims in order to get the Arab and Muslim world to condemn Holocaust denial. Just as worrying, Jewish speakers joined Arabs and Muslims in whitewashing the Arab/Muslim link with Nazism, portraying the Holocaust as a purely European phenomenon. The conference concealed the Sephardi/Mizrahi 'forgotten exodus' from Arab countries. In other words, Ashkenazi and Sephardi narratives of suffering were made to compete: the Ashkenazi 'won'. The Arab/Muslim world condemned Holocaust denial, but at the expense of historical truth, and with dubious dividends to Jews and Israel. Read Veronique Chemla's impassioned analysis in Front Page magazine.

Veronique Chemla has also made these pertinent remarks:

"We need to go beyond the perennial We are brothers, cousins, shalom, salam! and engage in a real dialogue with the Muslim word in which we recognise what unites us but also what divides us. We need to air our disagreements in order to build enduring and deep relationships. Jihad targets 'Jews and Crusaders'. We need to enter into a real dialogue with Muslims and non-Muslims in order to make them understand the jihadist threat and build alliances with them.

"Initiatives such as the 'islamically-correct' (anti-Holocaust denial) Aladdin project marginalise and isolate moderate Muslims and distance Jews from their anti-jihadist allies. It is not denial and revisionism which feeds antisemitism but the demonisation and delegitimisation of the State of Israel. "

And so Aladdin's visit to London may generate more heat than light.

I've read all of Veronique Chemla long article and it is excellent and factual.
However, history is much more complex than either or.
The history of the Maghreb should be taken separately from the history of the Middle East. Jews suffered from both the Europeans and the Muslims.
In the Maghreb, the Nazis were physically in Tunisia, Mussolini's fascist Italy in Libya, Vichy France in Algeria and Morocco. Libyan and Tunisian Jews have been deported. Tunisian Jews at large were saved by the bell - the Anglo-American invasion.
The French colonists in Algeria had a long history of viral antisemitism dating back to the 19th century. That's where the most vicious antisemiotic literature was produced, namely Drumont's "La France Juive", the newspaper "La Grande France: can be said to have prepared the French into modern antisemitism. They didn't need a Husseini, the French on the ground incited Muslims to anti-Jewish sentiment.
On the other hand the Arabs fought the Europeans and as usual took it on the Jews.
Morocco has become the fig leaf of the Arab world since it prevented mass deportation of Jews by questioning the Nazi racial law of descent: who is a Jew (according to the Nazi someone whose grandfather was a Jew) called into question "who is a Muslim" and they didn't agree with it.

So let's not exonerate the Europeans in the process and delete the history of the Jews of the Maghreb in the process. Israel has done a good job at that.
The bottom line is that there isn't ONE "History of Oriental Jews". Just like there isn't ONE history of Muslim antisemitism.
We must - as I always say, separate the Maghreb from the Mashreq. Only by doing so you can prevent Morocco (and to a lesser extent, Tunisia) from covering up for the reprehensible actions of the rest of the Arab world during WWII.

What I would like some Israeli PM or president to say would be: We have been persecuted and oppressed in both Europe and the Arab world.
He might add: in both Christendom and Islam.
And:
We have our own unique culture, history and religion, etc. We should learn the best from others and perhaps introduce it among ourselves. We should avoid imitating their worst. We hope for a new world where the prejudices, bigotry, ignorance and hatreds of the past and present can truly become a thing of the past.

I would say that we should not stress the many faults of the Arabs/Muslims only to whitewash the Europeans, some of whose offenses Sylvia points out.

Amen Eliahu. But let's not hold our breath. It wasn't too many years ago. after all, that Tommy Lapid (HFBUH) accused Tunisian Shoah survivors of trying "to jump on the Shoah bandwagon".

And let's not forget that France is yet to come to terms with her role during WWII.

Truth and as much objectivity as one can muster, bury the era of the narrative and bring in the era of history, bury the abuses of post-modernism and bring back rationality and intellectual honesty into public discourse.
We are better equipped than most Jewish groups to discern the nuances. We can't demonize one and give a blank check to the other, whether the Europeans or the Arabs.

Sylvia, Tommy Lapid was a journalist. Obviously, as a journalist he couldn't help being ignorant. It's really dismaying to realize how much influence that ignoramus had on life in Israel. In fact, he was a two-legged pig, only surpassed in swinishness by Hayim Ramon. You know what I mean but I don't feel like explaining. For those who don't know, Lapid is supposed to have pressed Sharon to retreat from Gaza with the results that we know about.

But we should get away from discussing our most repulsive local politicians. I think that we should think of long-term historical movements, phenomena, sentiments, trends, etc. That's why I would like somebody like PM Netanyahu or even Prez Peres, to briefly characterize the Jewish experience under both Christendom and Islam.