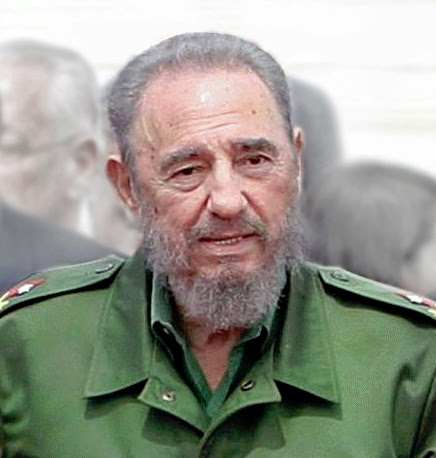 After sixty years, the role of five Cuban pilots in airlifting 150,000 Jews from Muslim countries and India can now be revealed, according to Haaretz. Fidel Castro might even have approved. (With thanks: Lily)

Five Cuban pilots were responsible for bringing to Israel 150,000 Jews from Iraq, Iran, India and Yemen during the 1950s, the French daily La Liberation reported on Monday.

According to the report, which is based on an interview the Cuban historian Rolando Marron gave to the Cuban daily Juventud Rebelde, the details of the operation have been kept secret for over 60 years until this past Sunday.

"The condition of the Jewish populations in the surrounding Arab states was difficult due to historic conflicts", Marron was quoted as saying.

"Since the governments of those Arab countries prohibited the Jews to leave by land, and since transport by sea was difficult, the Israeli government organized one of the most important aerial mass migrations in history."

According to the report, the reason for the Cuban involvement was the "strong friendship" between an "important official in the Israeli trade mission in New York and a Cuban businessman" who happened to be one of the pilots.

Great! Well he did recently condemn his "friend" Ahmadinejad for denying the Holocaust!

Do you think it is possible Castro is secretly Jewish?

Rumour has it that Castro may be of Marrano origin

Castro came to power in Cuba in 1958 and had nothing whatsoever to do with this airlift. At that time he was probably still in school.

Castro did not have anything to do with this airlift, neither did the Cuban government. It is one of those strange ironies of history that post-revolution Cuba became an anti-Western and anti-Zionist state.
However, bearing in mind that Castro has now spoken out against Ahmadinejad's antisemitism, we have reason to believe he might not have been that upset to learn that his countrymen were involved in the airlift.