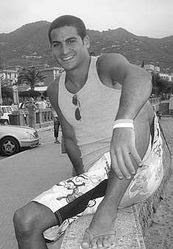 A Paris court has begun hearing the appeal of 18 people convicted in the 2006 kidnapping, torture and murder of a young French Jew of North African origin, Ilan Halimi.

Gang leader Youssouf Fofana chose to withdraw an appeal against his conviction and life sentence in February 2010.

The appeal started on Monday and is expected to continue through mid-December. It will be heard behind closed doors because some of the defendants were minors at the time of the crime. The press and media will be banned from the court. At the request of one of the defence lawyers, prospective members of the jury with 'Jewish- sounding names' were rejected.

Ilan Halimi, 23, was held captive for more than three weeks. He was found naked, handcuffed and covered with burn marks near railway tracks in the Essonne region south of Paris on February 13, 2006 and died on the way to the hospital. In 2007 his body was taken for reburial in Jerusalem.

The case shook France for its callous brutality, but the French Jewish leadership and Halimi's mother Ruth criticised the court for downplaying its antisemitic nature. Like Daniel Pearl, who was beheaded in Pakistan, Halimi was made by his captors, some of whom were recent converts to Islam, to recite that he was a Jew born to Jewish parents. The court was also criticised for giving some of the defendants over-lenient sentences.