Weinstein fraud case could have been rigged 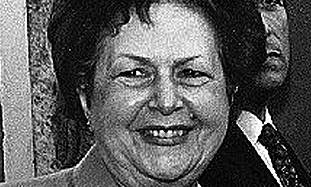 Ex-Israeli ambassador to Egypt Zvi Mazel thinks that the conviction for fraud of the elusive Jewish community leader Carmen Weinstein after a trial conducted in absentia could have been rigged to cover up a similar case involving two Egyptian MPs. The Jerusalem Post reports:

Over the past two weeks conflicting and sometimes outlandish reports have emerged in the media over the whereabouts of Weinstein, the 82-year-old head of Egypt’s tiny Jewish community, who was recently convicted of fraud in a controversial trial some claim was fixed.

Last week the Egyptian daily Azzaman reported she had left the country in order to avoid a three-year prison sentence for fraud with the help of the Mossad, setting off a flood of anti-Semitic talkbacks on its Website.

However, yesterday the Foreign Ministry which has been monitoring the situation told The Jerusalem Post that the leader of the community which now consists of no more than a few dozen elderly women is still in Cairo.

“She never left,” a spokesman said. “There’s nothing new to report, but we’re satisfied that the media is taking an interest in her case because this is an issue of concern.”

At the same time credible sources in the Egyptian capital said Weinstein was in Switzerland on her annual trip and would be back by the end of the summer for her appeal.

So, where in the world is Carmen Weinstein? The octogenarian did not answer an e-mail inquiry yesterday.

However, Zvi Mazel, a former Israeli ambassador to Egypt, told the Post she was still in Egypt and that he had spoken to her on the phone last week.

According to Mazel, Weinstein’s entire trial was conducted in absentia without her knowledge. According to the indictment, she sold a plot of land on which a synagogue stands to a businessman but after the deal was done she refused to put the deed under his name or return his money.

The judge found her guilty sentencing her to three years in prison and a fine of $1,800.

“There’s a serious suspicion that the claimant rigged it, perhaps bribing an official,” he said. “It seems like there was a trick.” Furthermore, Mazel drew a connection between the recent trial of two Egyptian parliament members accused of forging deeds of Jewish-owned property and the Weinstein case, suggesting it might be a cover up.

“A year ago there was a major trial of two parliament members who were charged alongside a contractor for allegedly forging deeds of five plots owned by the Jewish community,” Mazel said.

“The court found the parliament members innocent but convicted the contractor.

How could it be that the two lawmakers were innocent but the contractor guilty? How could these five Jewish-owned plots be disconnected from the Weinstein case? I therefore raise the suspicion that the Weinstein trial may have been orchestrated to distract public opinion in Egypt from these forgeries.”

In the meantime Weinstein, who is said to be in ill health, is expected to appeal her conviction in an Egyptian court.

“I believe she’s innocent – she must appeal,” Mazel said. “There’s a limit to everything.”

Read article in full
Posted by bataween at Thursday, August 05, 2010

Sounds like typical muslim lies and taqqiya in order to smear Jews and steal their property/land/money.

I hope Carmen Weinstein is safe and well!