From Karachi, Pakistan to a desert town in Israel

Rivka has just arrived with her family from Karachi, Pakistan. They brought only the 30 kg they could take with them. One of 4,000 children now being schooled in Dimona, she sings a song in a mixture of Hebrew and her native tongue. In 2010 Rivka is probably an 'old-timer' with grandchildren in the IDF.

It may look like a Soviet propaganda video, but this clip (Hebrew only, regrettably) by the late film-maker Yaacov Gross, and just released by his son Nathan, is exhilarating to watch. It brings home the enormous hurdles overcome by refugees arriving in Israel in 1962, and the determination they showed to rebuild their lives.

An elderly man in a North African galabiya watches another man unloading sacks of cement. They are building, building, building in Dimona, without let up. Dimona is today a leafy, settled town of 33,000: in 1955 when it was founded, there was literally nothing but Negev sand.

Yet, the video gives a sense that everything is possible with energy and determination. Don't understand the language? You'll learn. Don't have any work skills? You'll learn, and soon you too will be beavering away in Dimona's spanking new workshops and factories, and still find time to twist and jive the night away.

Under the direction of the all-powerful Histadrut, buildings start sprouting 'like mushrooms after the rain', and the wooden huts of the ma'abarot that first housed the new arrivals are soon replaced by apartment blocks. Never mind if yours is unfinished - at least you've got a mattress to sleep on! All you need is patience, brother, patience. 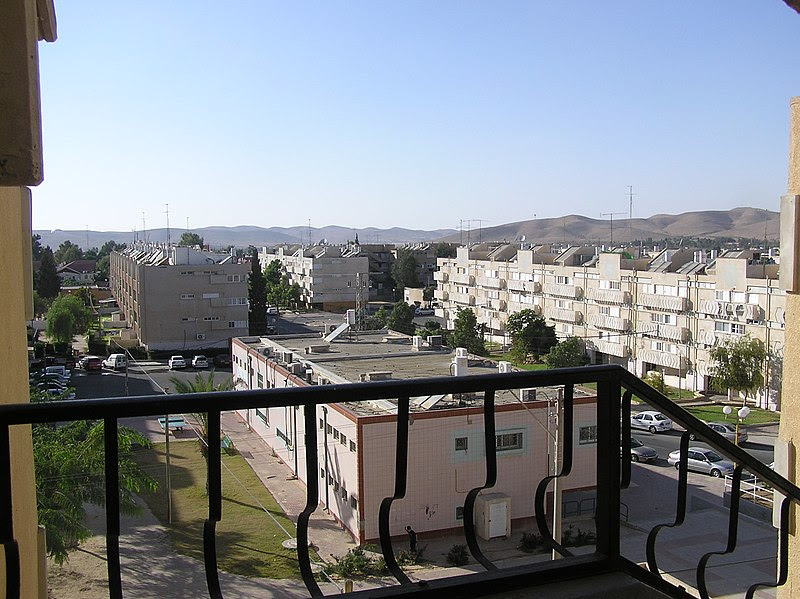 Other videos by Yaacov Gross
Posted by bataween at Wednesday, August 18, 2010

Indredible footage of early nation building...simplicity, patience, and love of life under any environmental conditions. What would be trully amazing is to take a new footage of the present Dimona. I know for sure and with conviction that it would look like a miracle. Best

This is the best I could do, Sammish - peaceful, shady, green Dimona. A miracle indeed!