The end is nigh for Kolkata's Jewish community

The Indian Jewish community of Kolkata (Calcutta) is on the verge of disappearing: founded by Jews from Syria, Iraq and Iran, it has dwindled from 6,000 to just 30 Jews. This CNN report, complete with slide show, makes the point that Jews did not leave out of persecution, but it is undeniable that the Jews feared being caught up in the violence of the Indo-Pakistan war of 1947. (With thanks: Pablo)

Zachariah's heart feels empty like the synagogue's pews. He knows the end is near for the Jews of Kolkata. Once a thriving community of 6,000, their numbers can be counted on fingers now. Zachariah says fewer than 30 Jews are left in this bustling eastern Indian metropolis.

Many Jews began leaving Kolkata, the city formerly known as Calcutta, after Indian independence in 1947; those who remained are slowly dying off.

Zachariah, a stalwart of the dwindling community, serves on practically every Jewish administrative board. There are simply not enough people left to go around.

"Things have to be kept going," he says of the cultural burden weighing heavy on his shoulders. "We're not lying down and waiting for the sunset."

He runs his fingers over the cold outdoor oven at Maghen David that once turned out fresh unleavened bread. He peers through a window into the basement where vats of wine were stored.

Things have to be kept going. We're not lying down and waiting for the sunset.
--Ian Zachariah, 65, one of about 30 Jews left in Kolkata, India

From a wooden box, he picks up a book of prayer, the pages eaten with precision by bookworms. "I always thought someone should take these away. Too late now. They are all in terrible shape."

Zachariah's ancestors arrived in India in the 18th century from the Syrian cities of Aleppo and Damascus. Others came from Iraq and Iran. All of them came to be known as Baghdadi Jews in India.

They came to British India to trade -- in jewels, spices, textiles, tobacco, tea. They made a name as exporters and real-estate dealers and bakers. India, said Judaism scholar Nathan Katz, was one of the few places in the world that was inherently hospitable to its Jews.

In Kolkata, Jewish families settled in what was known as "gray town," the central city neighborhoods that separated the whites from the "coloreds." They built graceful buildings that lined Brabourne Road in the heart of what is today Badabazaar, Kolkata's largest wholesale market.

Jewish settlers to Kolkata eventually built five synagogues, at least two schools and a hospital. The schools are still operational, though not one student is Jewish. The Beth El and Maghen David synagogues exist today more as memorials to a former era than as functional Jewish temples.

They established a landmark bakery, Nahoum and Sons, in New Market, a favorite among Jews and gentiles alike who craved its fruit cake, cream rolls and lemon tarts. It, too, like every other Jewish institution, faces a perilous future -- the last of the family in Kolkata, David Nahoum, is 84 and frail.

"They were so well integrated into the upper class of Bengali culture," said Katz, a professor of religious studies at Florida International University who has done extensive research on the Jewish communities of India. But then came Indian independence and the birth of Israel the following year. The Jews began their exodus.

"A new social and economic order came to into being and their prospects began to dry up," Katz said. By his estimate, the 12,000 Baghdadi Jews in all of India in 1947 have now dwindled down to less than 100. In a nation of 1.1 billion people, they don't even qualify as a minority group anymore -- barely a blip.

"It was a beautiful culture," Katz said. "I find it terribly sad." 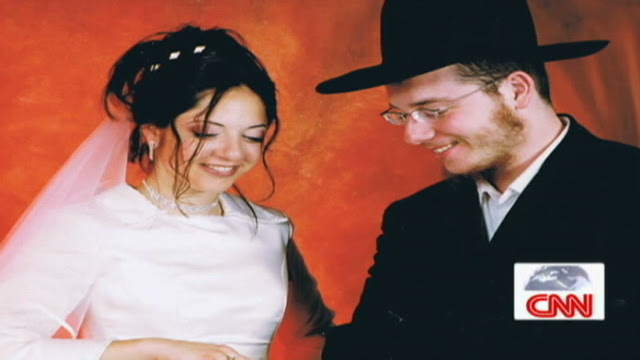 Katz said Jewish communities have died violent and forced deaths in other places. Ironically, in India, where they did not face persecution, they left of their own accord.
Read article in full
Posted by bataween at Wednesday, March 31, 2010