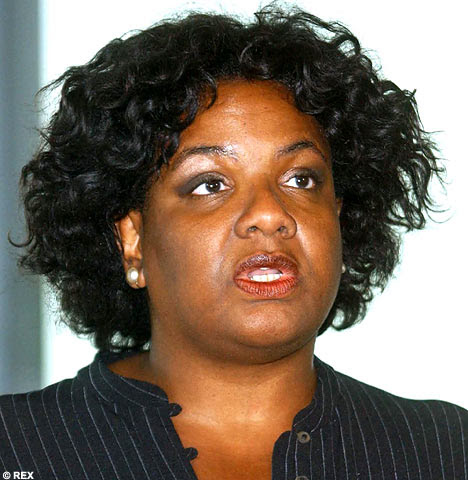 Diane Abbott MP
With thanks: Rona

This blog has been closely following the trials and tribulations of the tiny Jewish community still in Yemen. Over the last year, scores have left. But concern about their persecution now comes from an unlikely quarter. On 22 February three Westminster MPs, Diane Abbott, Lynne Jones and Peter Bottomley filed an Early Day Motion (EDM) in the UK House of Commons, urging the resettlement of persecuted Yemeni Jews in the UK:

That this House is concerned that the small number of remaining Jews living in Yemen are facing ongoing religious persecution and systematic mistreatment which represents a critical threat to the health, safety and security of their community; notes that the United States administration has facilitated the resettlement of Yemeni Jews in the US for those with ties to that country; and urges the Government to follow this example and consider providing specific measures for those members of the group with ties to the UK who urgently need protection on humanitarian grounds.

These three MPs are not noted for being friends of the Jewish people. Peter Bottomley is a member of the Council of Arab-British Understanding and the Britain-Palestine All-Parliamentary Committee. Lynne Jones visited Syria last year and met Khaled Mashaal of Hamas. Diane Abbott has not been shy to speak up for Palestinians.

So why have these MPs experienced a sudden urge to show sympathy with Yemeni Jews? Notably absent from the EDM is any mention of Israel, which has taken in up to a hundred Jewish refugees from Yemen in the last year, some reuniting with relatives they had not seen for over 50 years. The EDM carries an implicit anti-Zionist message. It only considers as possible havens the US, where some 60 Jews have arrived in the Satmar enclave of Monsey in New York, and the UK, where the existing Yemenite community of Stamford Hill in London were preparing to receive their fleeing kin.

Clearly Diane Abbott, whose constituency encompasses the large Orthodox community of Stamford Hill, has come under pressure from Yemeni Jews already here to let more of their relatives join them.

Colour me cynical, but with a general election only weeks away, could this EDM also be a play for the Jewish vote?
Posted by bataween at Tuesday, February 23, 2010

I think you're wrong on several points with this post and that these MPs should be applauded for the stance they have taken.

Whilst there are no doubt some votes in it for Diane Abbott with the Jewish community, the constituency she represents is massively diverse.

Also just because these MPs have supported Palestinian causes or groups why should this preclude them from supporting Jews suffering anti-Semitism. They are surely taking a stance which is in keeping with a liberal humanitarian viewpoint and not being hypocritical.

This website is always quick to point out the hypocrisy of supporting the Palestinian refugee cause over the cause of Jewish refugees, and when American politicians - or Israeli ones for that matter - bring up the issue of Jewish refugees they are not accused of pandering for votes although I am sure it is as true for them as it is for Diane Abbott.

Finally you point out that Israel is not mentioned as a destination for these refugees, and that America is. It is my understanding that often the refugees who went to America went because they didn't want to go to Israel, and that those remaining don't want to go to Israel either - they've had over one hundred years to decide! Perhaps in this context those with existing links to the UK would choose to come here and these MPs are voicing their support for this.

I second what bh says.
The EDM mentions the US govt in order to compare it favourably with the UK govt.'s lack of action, and urges the UK govt to help those with ties to the UK - not in order to recommend these two countries as the only possible safe haven for Yemeni Jews.
I personally would be more disturbed by an EDM written by a non-Jewish politician which implied "Jews should go back to Israel!"
The EDM has been signed by Andrew Dismore, who probably has far more Jewish voters in his constituency, but also by Mark Durkan of the SDLP, who probably has far less; and what is so bad about an MP representing their constituents wishes?

Dear bh
The MPs are indeed to be applauded for highlighting the plight of these Jews who are desperate to leave. They are to be commended for taking a stand on antisemitism. At the end of the day it doesn't really matter which country takes in these Jews, as long as they are rescued.

But these MPs are not acting purely from humanitarian motives. Israel has taken in about 100 - more Yemenites than the UK and US, but it is deliberately omitted from the EDM as a safe haven. The MPs are aligning themselves with the anti-Zionist Satmar in their enclaves of Monsey, NY and Stamford Hill, who since the 1990s have tried everything in their power to prevent the Yemenites going to the godless secular society of Israel, although 90 percent of the community of 50,000 were airlifted to Israel in 1950.

These latest arrivals have not had 100 years to decide where to go. The choice between America and Israel has not been as free as you make out. In the 1990s some 80 Yemenis ended up with the Satmar in in Monsey and 60 in Stamford Hill. But their integration into a basically Yiddish Ashkenazi sect without a support structure has not been without its problems - and a film was made a few years ago alleging that some children were 'kidnapped' from Yemeni families and placed with Ashkenazi Satmar families. The Yemenites who ended up in the US and UK are not necessarily better off than those who ended up in Israel, and may be worse off.

Of course there are those with relatives in the US and the UK who naturally wish to join them and I support these MPs for calling on the UK to make things easier. All I am saying is that with their EDM these MPs are also making a political point.

BTW I don't doubt that US congressemen and some Israeli MKs support the Jewish refugees issue in order to get votes.

The 3 m.p.s mentioned are only interested in jewish votes I cannot recall any of them speaking out for any jews in the past, to be honest I would not trust the m.p.s let alone vote for them

I certainly don't trust the Satmar and anything that they are involved in.

These 3 MPs seem to be taking the hypocritical line that, We are not antisemitic, only anti-Zionist. Note that they are anxious that these Jews might go to Israel. The possibility has to be foreclosed.

Very interesting! We shall see how this plays out. I would obviously like to see them in Israel, but the UK would still, in my opinion, be better than Monsey.
Meanwhile, new vid: http://joshberer.wordpress.com/2010/02/23/master-silversmith-yehuda-tassa/

Oh, please. If you actually believe that any of those MPs care in the slightest about any Jew, including these Jews, then I have some lovely swampland in Florida for you, going cheap.

These great humanitarians wish only to use this fig-leaf to cover their anti-Semitism; these people are not merely "pro-Arab," they are anti-Jew. They know that the ingress of at least some of the Yemenites is inevitable, and although I am sure that they do not want any more Jews in the UK, they are cynically using these poor people as pawns.

Their purposeful leaving out of Israel as a destination for the Yemenites gives the whole game away. These MPs are despicable hypocrites and one can only hope for their defeat at the next election.

On a nicer note, this website is excellent, and it is one of the first things I read every day.