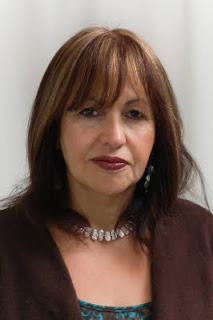 Attending an Iraqi wedding in Amman led Baghdad-born Israeli Linda Menuhin to ponder how economic normalisation between Jews and Arabs need not entail Israeli dominance; and reconciliation, based on a mutual appreciation of suffering on both sides, could begin at the grassroots level. The publication of Linda's original article on Elaph, the Arabic online magazine, is itself a breakthrough. With thanks to Ivy Vernon for her translation.

Two months ago I and my sister were delighted to receive a wedding invitation from an Iraqi family living in Amman, Jordan. We were privileged to have known the groom’s grandfather, who spent his law internship with my father, back in the Forties in Baghdad. Eventually he earned fame as an audacious lawyer in Iraq and abroad. Once, bumping into him in London a couple of years ago, I had approached him to seek help unearthing any clues about my missing father - kidnapped during Ahmed Hassan Al Baker’s time, and of whom we have heard nothing since.

Both of us have now become refugees, dispossessed from the country we once called home…but like the Arab poet Imru’e Alqais said, “Alas neighbour, we are both strangers here yet we are as kith and kin."

My younger sister and I embraced the invitation wholeheartedly. The visit to Amman lasted for two days only, yet for me it was the journey of my life. This rare opportunity enabled us to re- connect with our fellow countrymen, something which had proved to be out-of-bounds for almost forty years. They, too have had to flee from the persecutions, the wars and the troubled situation in Iraq to embark on a better future. The openness with which they treated us looked so natural. We understood each other as only refugees can, and the frank discussions and the wide-ranging debate even reached out to include the Iraqi Jewish community’s numerous contributions to modern Iraq. In no time we joined the joyful crowd in Arabic popular dance. We could not take our eyes off the columns of men dancing to the Kurdish tunes of the Choppi, the national Kurdish dance. We could not help but let out intermittent sighs for what used to be part of our heritage.

The next day we were taken to Amman’s modern shopping centre. We stood mesmerised in front of the Iraqi goldsmith’s window, admiring the far-fetched enamel designs. We immediately engaged in a lively conversation, sharing with him happy memories of the country, while contrasting it with the present situation; we found ourselves shedding tears over the tragedy of it all. Then we discussed together some of the opportunities for economic cooperation that could be developed between the countries of the region; a better income, longterm prosperity, both so very vital to the livelihoods of our friends and relatives from both camps. How can this encounter be framed? In terms of normalisation, openness or re-connecting, while bearing in mind that our interlocutors were well aware of our Iraqi origin and Israeli nationality.

Normalisation, according to strong voices in the Arab world, is a prize that Israel is not entitled to: its “bad behaviour” towards the Palestinians requires boycotting. Yet this approach has not yielded any positive outcome for Arab interests.

Israel has forged ahead in all directions to establish its presence as a leader in technology internationally, in spite of the Arab boycott. In the eyes of the majority in Israel, normalisation with the Arab world is worthy compensation for the suffering from enmity we endured in the last 50 years. Most notably we, Jews from Arab countries, have paid a high price not many are aware of, because of the social and cultural deprivations we have had to endure. Indeed even now there are communities of Jewish refugees who fled in the late Forties and early Fifties from Arab countries, still living in the far-flung development towns, suffering from lack of access to Israel’s economical, cultural and political hub.

The real meaning of normalisation: the abundant published material in Hebrew and Arabic reveals an enormous gap between how each party conceives normalisation. From the Arab point of view, normalisation will engender Israeli total dominance over the region’s culture and economy, thus threatening Arabic stability and continuity. In addition, the concept of normalisation as a whole arouses concern and fear, partly from the loss of the common enemy, Israel - substantial glue behind Arab solidarity. Normalisation was always conditional on time and circumstances. At one time Israel is required first to withdraw from Lebanon ….at others, it must evacuate all the territories it has annexed, and so on.

On the Israeli side, normalisation is the logical step to follow recognition by the Arabs, entailing an exchange of visits as well as dismantling any trade obstacles to economic cooperation. In practice, Arab countries are expected not to add to obstacles aiming to derail opportunities of cooperation with Israel in order to boost the Arabic economy, thus leaving economic initiatives to the private sector that will engender higher employment and eventually improve the standard of living. This approach will bring about tangible results on the ground. Accordingly, it is better to focus on openness rather normalisation as a whole, which seems frightening from the Arab perspective.

Global economic openness: Glasnost in the former Soviet Union in 1989 was applied before any process of political reconciliation was put in motion.The reason was a drastic need to shore up the collapsing Soviet economy at the time. In contrast, political openness is more complicated and requires more time, tolerance and a forgiving mindset. Even China underwent major pain to give birth to economic openness while trying to ignore the need to introduce democracy and political openness. Since then, though, she has taken vital steps that define her as an economic giant in the global arena.

The rules of the economic game have changed during the last two decades: America has ceded its leading economic place to growing nations like India and Indonesia. To maintain effective cost margins, big organisations are willing to travel long distances in search of cheaper labour. The distance between Israel and the countries in the region is indeed an asset because it is minimal. Israel possesses ample trading and marketing savvy in a variety of fields. When combined with development of Arabic labour and skills, these can form an unbeatable package capable of winning entirely new markets never before contemplated. It is a fallacy that Israel will inundate the Arabic markets: its products are far too expensive to sell in the region. Therefore the international markets are the only outlets.

There is no reason to roam uselessly in the labyrinth of what is called Israel’s economic dominance. Just like other growing nations, the Arabs stand to gain from the far-reaching changes which have swept across the world’s economic focus and which are set to open new horizons for all –as explained by Farid Zakaria, author of bestseller The Post-American World.

Openness before normalisation: Economic peace will allow the Israeli man in the street to be introduced to indigenous Arabic language and culture. Physical encounters between Arabs and Israelis will emerge, rather than meeting virtually via media such as the Internet, if they do at all. Direct conversations, hearing the truth on each side, will open up new vistas for both sides, influencing each other’s opinions.

A “people to people” roadmap will entail positive and frank discussions based on goodwill. Cordial relations will make inroads from a more established Arabic civilisation into a still nascent Israeli society open to different foreign cultures. Since reconciliation is based on truth, it is also very important for the Arabs to realize that Jews from Arab countries - in parallel with the Palestinians - have left behind vast amounts of property (estimated to be equivalent to four times the area of Israel). This is according to a survey made by Maurice Romano - as well as frozen portable and non portable assets estimated at $80 billion, losses that constitute far more than the amount left by the Palestinians. The price that Jewish refugees from Arab countries have paid has been cut out of the narrative of Arab-Israeli conflict.

To conclude: There is no doubt that we need to generate an atmosphere of goodwill to clear the air and encourage people to start talking! And even though an agenda for political recognition cannot be on the cards yet, we don’t need to aim so high: willingness to open up, awareness of each other’s needs - these should be enough initially to promote the process of opening up. It creates greater optimism on the horizon. It also gives us, the people in this region, a far better future to look forward to.

This article in Arabic by Linda Menuhin (nee Abdel Aziz) first appeared in Elaph on 26 October 2009. Linda is an active member of Israel civil society, a member of the board of the Smart Middle East Forum and a founding member of Israel-Syria peace society. Translated by Ivy Vernon.
Posted by bataween at Monday, November 23, 2009

The Arabs often display paranoid about Jews and Israel both internally in the Arab states and in international relations with the rest of the world, including their propaganda. Is this paranoia what they really feel and think or is put on in order to win sympathy from outsiders??

In any case, what is also outrageous is that so many in the West --politicians, journalists, academics, "aid workers", etc-- accept the Arab paranoia as rational or even justified.