Getty Museum leaves out the Jews of Algiers 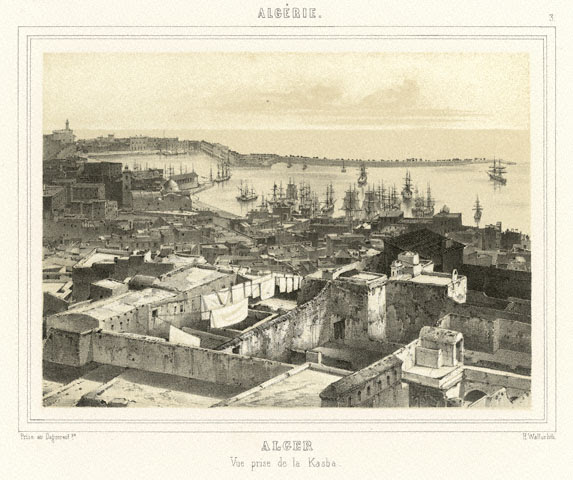 Algiers viewed from the Casbah in 1847

Is the Getty Museum engaged in rewriting history or is it simply ignorant? Why did it leave out the Jewish population of Algiers in 1830 on its Walls of Algeria exhibition webpage? In his letter of complaint to them Elliott Green points out that smaller populations are mentioned, but the Jews - who then made up seven per cent of the city's inhabitants - have been airbrushed out.

I read your web page on the Walls of Algiers. Your account of the city before the French conquest curiously fails to mention the significant Jewish population in the city at that time. You mention groups that I believe were smaller than the Jews, such as Turkish soldiers, their children with Algerian women, Black Africans, etc. Yet you do not mention the native Jewish population of the city, most of whose ancestors were there before the Arabs conquered that country.

Why did you leave out the Jews in your account?

Is this failure to mention the Jews part of a loathsome attempt to rewrite history? Were you ignorant of the Jewish presence? Does the Getty Museum have scholarly standards when presenting history? Or does the Getty have political standards, that is, the purpose of making pro-Arab propaganda by leaving out the Jews??

Sincerely yours,
Elliott A Green

Update: since Point of no Return posted Elliott Green's letter, the Getty Museum have taken note of his complaint and rectified their website entry. Here is the curator's message to readers:

"While we haven't received Mr. Green's letter, we read with interest your posting of Monday, August 10, about the Getty Research Institute exhibition, Walls of Algiers.

nice polite letter i'm sure it'll get an appropriate response !

this omission of mention of the Jews in Algiers, who played an important role in commercial activity there at that time, is amazing. Why did the Getty Museum forget about the Jews?

I know that the late Mr Jean-Paul Getty was in the petroleum biz, but does that meant that they have to forget that Jews once lived in Algiers?

It is a great oversight that the website leaves out any mention of the Jewish population in Algiers, especially since the exhibition itself effectively outlines the history of Judaism in Algiers.

While we haven't received Mr. Green's letter, we read with interest your posting of Monday, August 10, about the Getty Research Institute exhibition, Walls of Algiers.