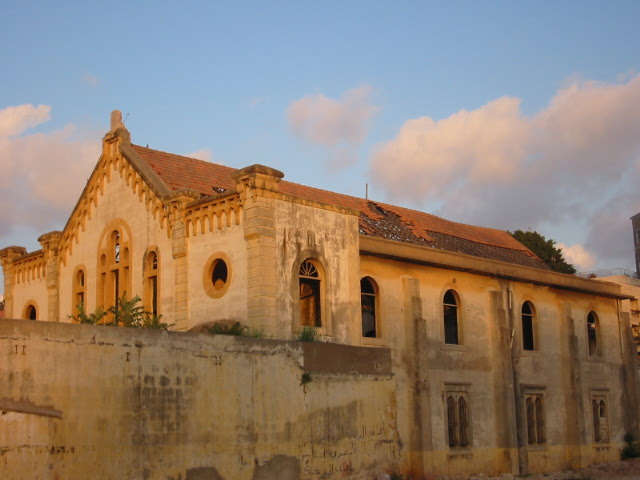 Almost all but a handful of Lebanon's 10,000 Jews have gone. Now, physical traces of their heritage - with the possible exception of the main Beirut synagogue - are also about to disappear.

In spite of recent reports that a Jewish donor living in Geneva will finance the restoration of the roofless Maghen Avraham synagogue in Beirut (pictured above), the district where it stands - traditionally the Jewish quarter of central Beirut- Wadi Abu Jamil - is about to be razed by the property development company Solidere.

Nothing seems to stand in Solidere's inexorable path. This frank al-Jazeera video says that Solidere has already pulled down 700 buildings in the city centre. The character of Wadi Abu Jamil has already been altered beyond recognition as Solidere throws up high-rise apartment and office blocks.

It is galling to hear young people interviewed on the al-Jazeera clip say they have never heard of the Wadi Abu Jamil quarter, let alone have any idea that Jews used to live there.

Lisa Srour is wheeled out as Beirut's token Jew to testify to the harmonious relationships between communities in days gone by. But for both the Jews of Lebanon and their heritage, it seems too late to turn the clock back.
Posted by bataween at Wednesday, July 15, 2009

the image is breaking out of the text column